To enter into the wild world of Kapital is a little like stepping into a twisted wonderland, one that has its own gravitational force that has you walking upwards, backwards, inside, and outwards. Its a Universe that revolves around people, and the wonderment of diversity. So let me take you into the friend making, beer soaked experience that is the Kapital catalogue shoot, one that never disappoints and one that takes us to the famous and forgotten corners of the earth.

Picture a week’s worth of far-too-early wake ups, those that barely count as daybreak, and that same week’s worth of singing, dancing and making mischief through the night. These are the twigs and sticks that spark fire into the Kapital cast, as we open scene into the daily fanfare – a paradox that could only be reality in this space.

We samba’d our way out of a Cuban bar and into our beds, the best dance off ever I’d had in centuries (unfortunately ending rather sorely for one fiery haired team member). The Hungarian way, Eva’s way, was to take a broken ankle with a grain of salt and a stiff drink, as she hobbled her way through the week’s psychadelic rainbow of tasks and challenges. Our mornings were early but lunch always a very sophisticated and very hearty pause, an indulgence into the local grub, washed down with a pint …or three.

Hungary, where Bad Opera set scene, was a very civilised experience as you will see. Presenting you a little amuse bouche to the Kapital Fall 16 catalogue, ‘Bad Opera’ which goes on sale this week in Kapital stores. 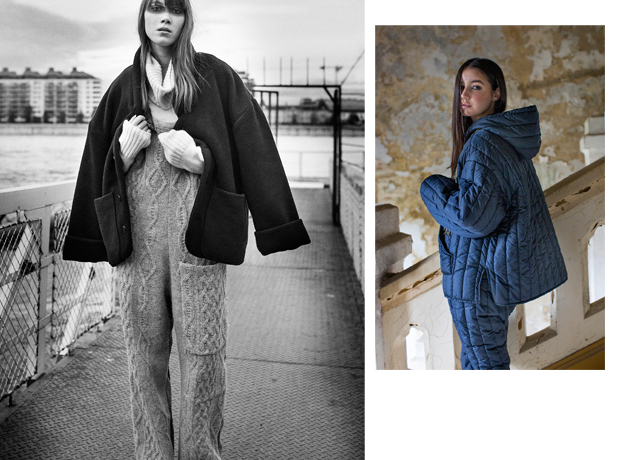 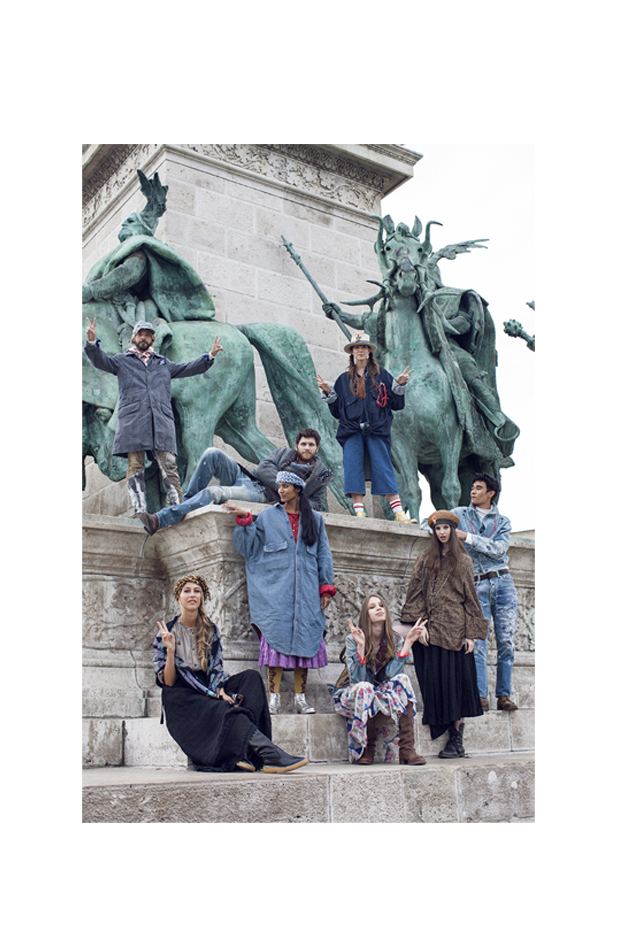 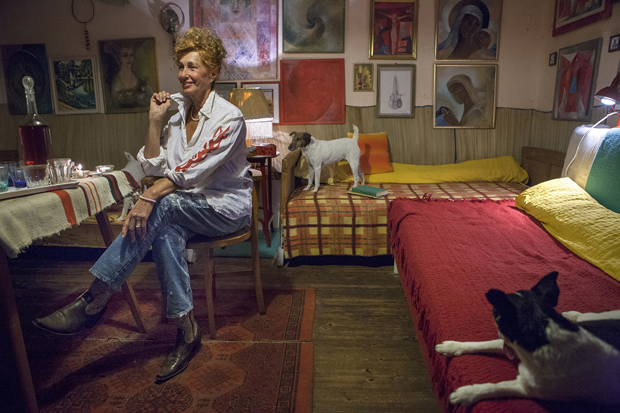 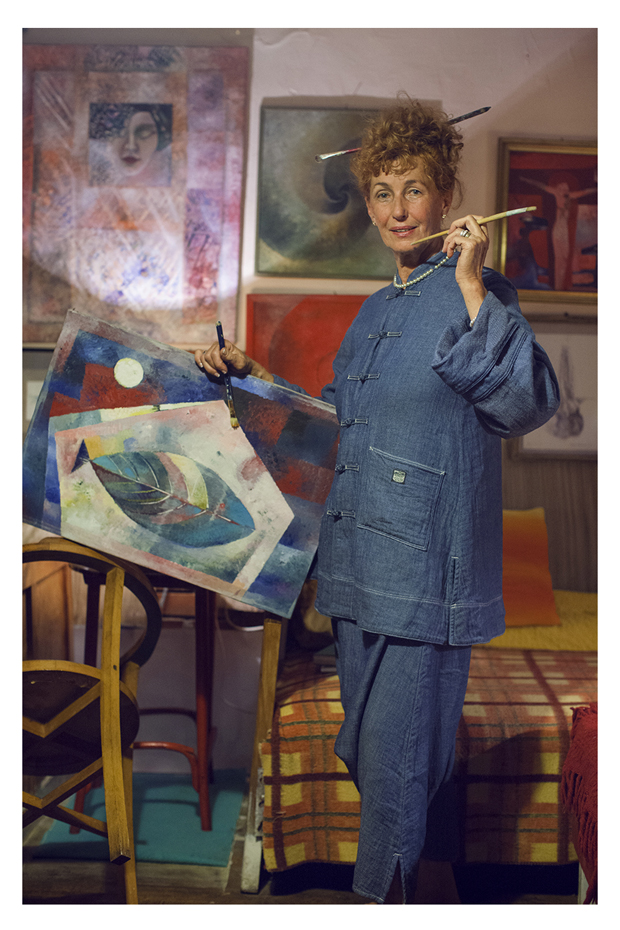 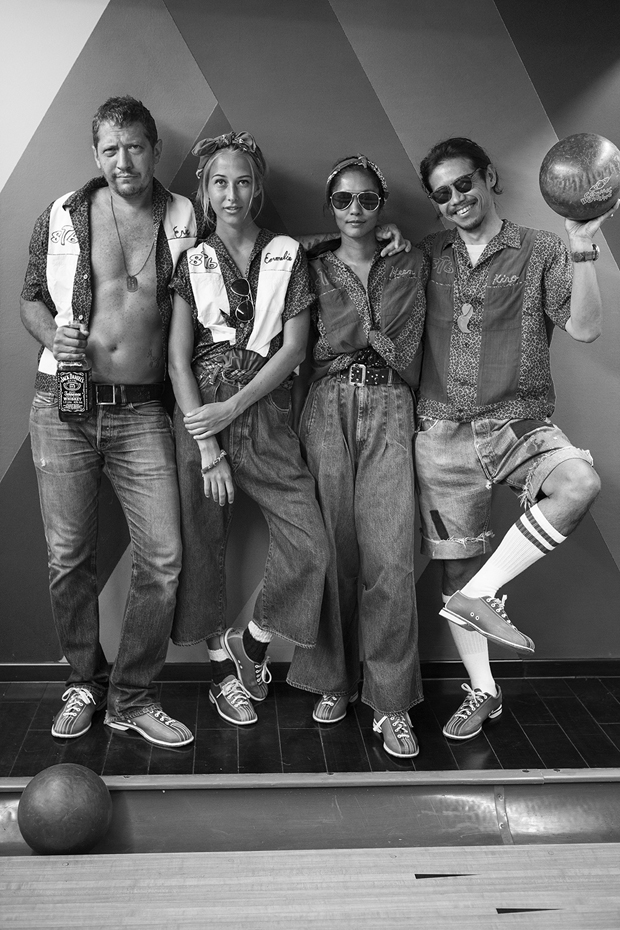 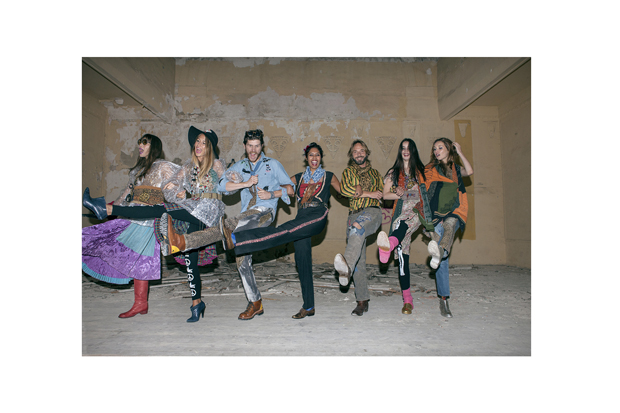 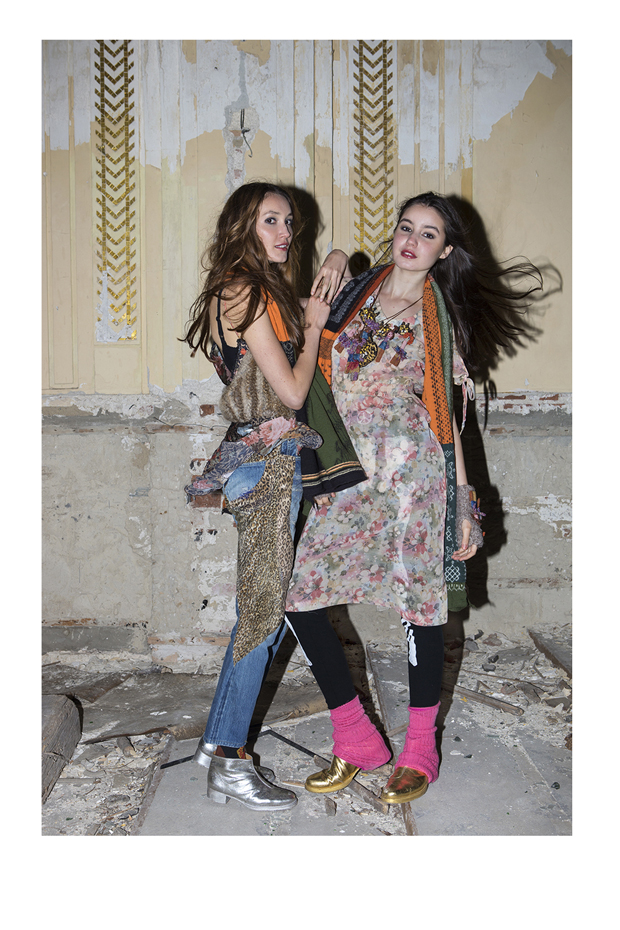 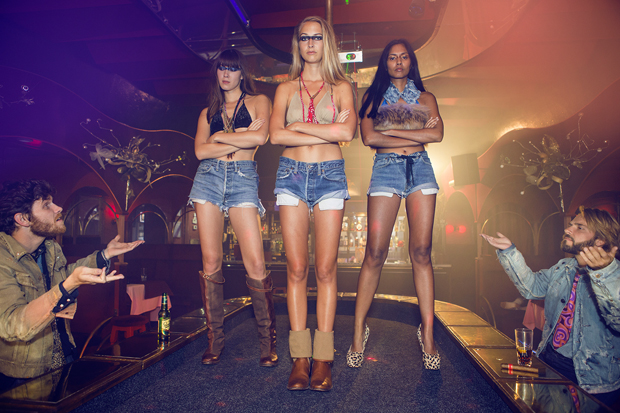 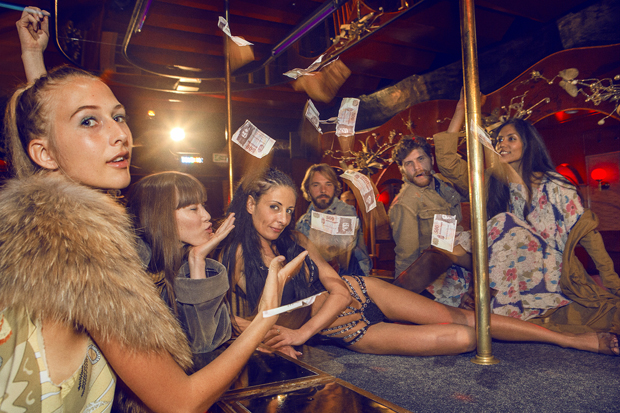 I asked our very own Eric Kvatek, legendary Kapital photographer to share some special moments and thoughts on the Bad Opera shebang.

Like most all of the Kapital catalogues, the name is most intriguing. Tell us about the story behind Bad Opera.

We ended up shooting near the opera, in the theatre of an old Russian military base and in the oldest strip bar in Budapest so there was sorta this operatic theme. Kiro latched onto “opera” and asked me if there was a cool way to say “bad opera”.

How did the idea come about? Did it come from the collection or some beer-y brain zings?

Kiro’s designs were fairly flashy and dramatic and colorful for this collection. We had a meeting about the shoot in April, but a lot of details changed. So a lot of what resulted was figured out on the fly.

Leading up to the shoot there were some big spanners thrown into the works. Location changes, troubles with the clothes getting stuck in customs… Tell us about the highlights and how you usually cope with these problems on the job.

After doing all of the work and preparation on the original location, somebody nixed it, so I had just a few days to start over from scratch and find and prepare a new one. I did two months of pre-production in a week for the plan B. Then the entire shipment of the sample clothing was stuck in Hungarian customs for a week. As such we lost one day of shooting, thankfully we were able to pick it up on a Friday evening just minutes before the facility closed for the weekend. Every shoot has small things to deal with but these were fairly serious problems. Having some years of experience, I generally don’t panic or lose my cool. There’s almost always a solution. Ya I can get stressed out. I just try to hide it when I am. Being the photographer and the producer is kind of a nightmare, but it’s a kind of chaos that I secretly love.

Casting is a huge part of the Kapital world that you and Kiro paint. How have you found most of your talent throughout the decade?

A lot of the talent is street cast at the location. So the week before shooting I’m always scanning. They don’t have any experience but in some ways thats better. They don’t know what to do and I can teach them. If the location has model agencies then I try to get some local models, but I’m really particular about their character in addition to the appearance. Beyond the casting photos, I ask about their hobbies, sports, pets, what they want to do when they grow up. And then there’s my gang of regulars that I try to bring back from time to time. It’s nice to see my friends, and they understand the Kapital style and Kiro knows their sizes and vibe.

Being a low brow snob I drink the typical cheap watery Soprani. It’s really nothing special, just a cheap lager. But when it’s ice cold it’s great. I got drugged there once in a bar, so I try to get it in a bottle or can only.

I love my cameras but I’m not a gear freak. I don’t use a light meter, I’ve almost given up using reflectors or scrims, I don’t bring a tripod, there’s no lighting. I had some extra lenses but I sold them. I have two big Canons and a few prime lenses. Being the main prop stylist I do have to bring a few duffel bags of old stuff, boots, hats, jewelry, stuff I find throughout the year. Maybe thats why I’ve streamlined my photo gear? Otherwise I also have a laptop, my snapshot camera (Nikon A), there’s barely room for personal clothing, I always bring a swimsuit that I almost never get to use. I always bring a ballistic flashlight for practical reasons.

And about your knee pads?

I’m on my knees a lot when I shoot. I used to not care, but I ended up with three tears in the cartilage in my right knee. So after the surgery I bought these USMC knee pads. They’re amazing. I wish I had used them all along.

Your uniform seems to be a rain camo jacket, denim jacket, hole-y tee, jeans, and motorcycle boots. Tell us about these pieces and how they became your uniform?

It is my uniform and I’ve been wearing more or less the same thing as long as I can remember. I lived and worked on farms in rural Ohio and Georgia so there wasn’t really any other options. I bought this Columbia hunting parka in Colorado for our shoot in Crested Butte. Kiro has a matching one! I also used to work in Alaska and did construction in California. A pair of low quality boots could get chewed up in a week. So I started buying Red Wing and never looked back. A photo shoot, at least my kind of shooting can be very grueling. So my uniform is as much about function as any kind of anti-fashion. I’ve tried wearing other stuff, I stop and look in the mirror, laugh at myself and then change back into my “uniform”.

Well, as a group we went to one of my favorite restaurants, Koleves. We eat together every night, but the last night we don’t have to worry about getting up at 4am for shooting. They gave us a big long viking table, and we had duck, venison and probably some wine ; ) [ www.kolevesvendeglo.hu ]

We’ve just made new friends with The Mercantile, internet newness that speaks to a slightly more feminine flavour of w’menswear to the table. The store together hand selected vintage pieces from California alongside modern basics and interior accessories designed by the founders themselves, and we bring you favourites from their latest vintage drop. 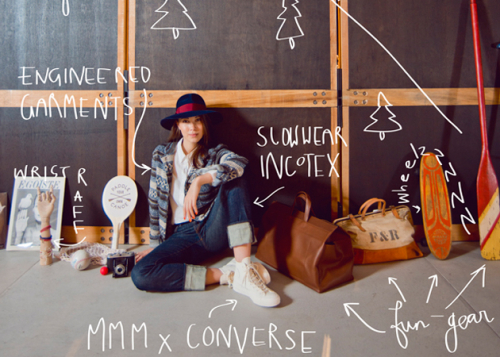