A couple weeks ago, I sat down with Tom Clothes & Goods founder Arielle from Los Angeles to talk about the W’menswear All-Weather jacket, which I designed to adapt with the cold, rain, sleet, snow and even warmer weather for Autumn Winter 17. 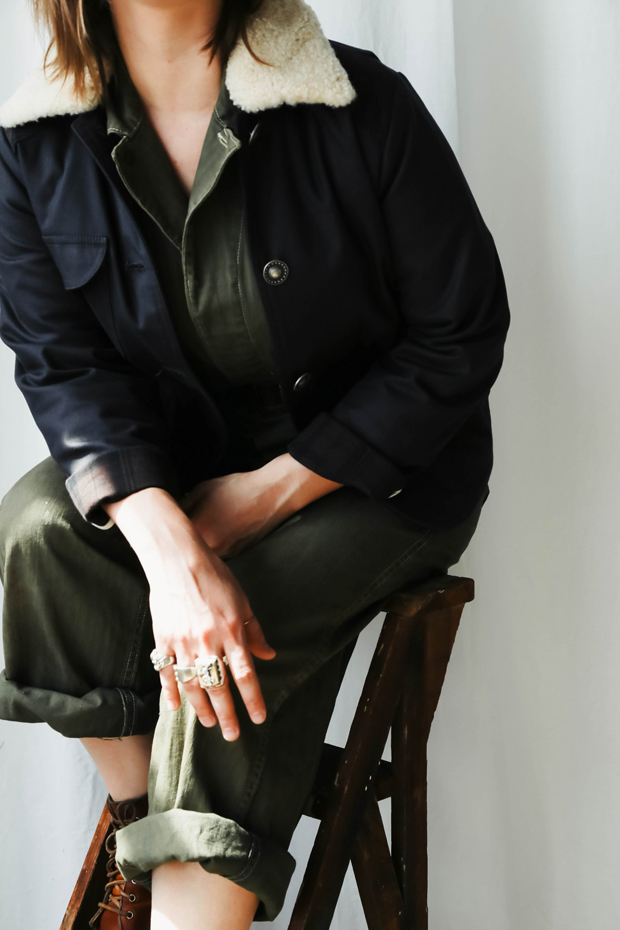 Arielle: Time just flies by because it feels so like an extension of you, which is a really cool feeling. That’s awesome. I have to tell you in the first shipment I just got – the shearling jacket is so f****** good! I lost my mind when I opened the box and saw it.

Lauren: That makes me so happy!

Arielle: The details on it are insane.

Arielle: I love the buttons. I love the detachable collar. The plaid detailing on the shoulder. It’s so good!

Lauren: See in the beginning when I started, there were little details in the garments, but now that I’ve got my groove going, now I just spend all day in this studio just nerding out on like micro-details because that’s the fun of it. 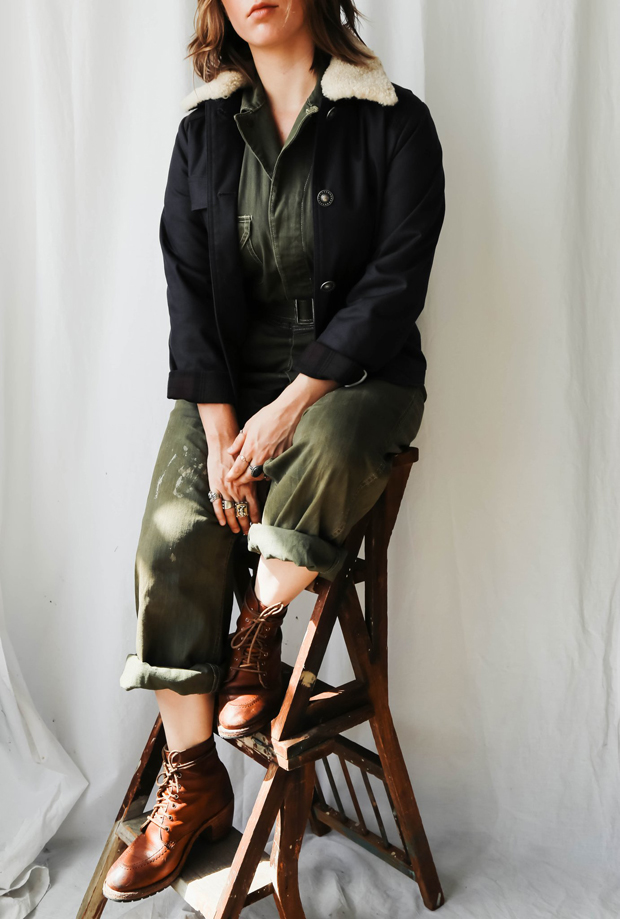 Arielle: It looked incredible in the photos and I was super stoked on it when I saw it in the look book, but then when I got to see it in person, it was a whole other level of excitement for me because I saw all the detailing up close and the piping on the inside and everything. The tag was amazing. It was all so good, and for me that’s what seals the deal on whether something is quality, is that even in the more minute details of the garment, it’s still 100% there.

Lauren: I think that’s why I started out in Japan as well because [there] everything is super detailed. The buyers pay attention to every little stitch, the fibers and functionality. I think being there first off the bat – you could call that my local market because that’s where W’menswear is most present – but that pushes me to look closer into functionality, because I know that the market is hungry for more. I do appreciate the pleasure of designing these details as well. Because I come from Australia, the garment scene there is tough. It’s a small market and really tough for small brands. It’s also a market that is saturated by very cheaply made stuff and not a lot between fast fashion and luxury brand. Unfortunately so many Australian labels are, I guess, just trying to compete with the pricing war of fast-fashion, but I honestly think we shouldn’t be trying to play basketball in a netball game. I’m happy to have found my own market for W’menswear because it is super niche but at the same time, I’m happy that people are actually supporting it because it gives me faith in my own creativity.

Arielle: I didn’t know that you started out mostly with the clothing in Japan as opposed to like, Australia.

Yeah, straight off the bat, I started in Japan because I was able to secure distribution before we launched. I suppose I had built the Ponytail brand so that people could understand my Universe. So that was really fortunate. I spent those first few years pre-W’menswear to build a network of like-minded others, and make something that people could see potential in. It’s been a long pathway up to this point and I still feel like a babe in the woods..

Arielle: Do you see yourself making lifestyle products, or are you gonna stick to clothing?

Lauren: Yeah I just had a conversation about this with my partner…Dog Outerwear! Like waxed cotton jackets lined with wool for “rugged dogs.” With like a huge handle on the back in case you have to pull them out of something. I’m really dog-deprived – we really want a dog but I travel so much.

I’m already doing gardening dresses, with the specialised gardening pockets. Next season think I’m working on a very unique apron for the kitchen or say.. painting. There is also something to be said about overly functional things that just look terrible because they’re all function (remember the Simsons episode where Homer designs a car?) Everything that I’m designing now is driven by that story of cooking and all the things that Ponytails love doing, so that’s always in mind when I’m designing. Like that jacket with the shearling collar…that is based off a vintage jacket that I always wear when I’m in the forest or going fishing. It’s got the pockets in the back – a sneaky game pocket. In my one, I’ve always got breadcrumbs floating around in them because sometimes when I go fishing and I don’t catch something for a while, I cheat and I use bread. I lent one of my jackets to my friend because she was going on a trip and didn’t have anything. And then she texted me from where she was away, like “Lauren, why is there bread all through the jacket?” Some weird fetish I have?

Arielle: What’s been the greatest thing to come out of either Ponytail Journal or W’Menswear, or both?

Lauren: It’s starting to happen, which is kind of touching on my true intentions or aspirations to do – and this sounds like a Miss Universe answer but it’s true – to do more conservation projects. I just got word of this a couple of weeks ago which I’m super happy about. But basically a year ago, I started this project called the “Ponytail Goes Strawless” project. I’d written about it a few times and it’s been published by 2 magazine in Bangkok. So I started this with the intention of working with a huge shopping mall company in Bangkok to stop using straws in their space, and do an ad campaign. We just got approval for it a couple of weeks ago, finally, after back-and-forth and meetings for a year revising different concepts. So finally a major shopping mall in the busiest area of Bangkok will be the first mall to stop using straws in all their vendors.

Lauren: Yeah, I’m super happy about that. So to me, the flexibility to use the brand to do things that I really think matter. I think our modern value system is completely wrong – we put value on money way too much, while the earth is completely crumbling to bits, we aren’t connected to feelings enough to feel compassionate towards it anymore. In my past life I think I was a fish. I really do.

Arielle: I totally see it!

Lauren: This is the part when you go, “Okay, she’s not all there…” But I believe in past lives. One of my biggest issues that I’ve always been concerned about is the alarming amount of ocean plastics in our waterways and the scary rate of overfishing that is tipping the equilibrium out of whack. So my intention is to start to spark mindfulness about the issue.

Feeling it? Head over to Tom Clothes & Goods for more of this goodness. 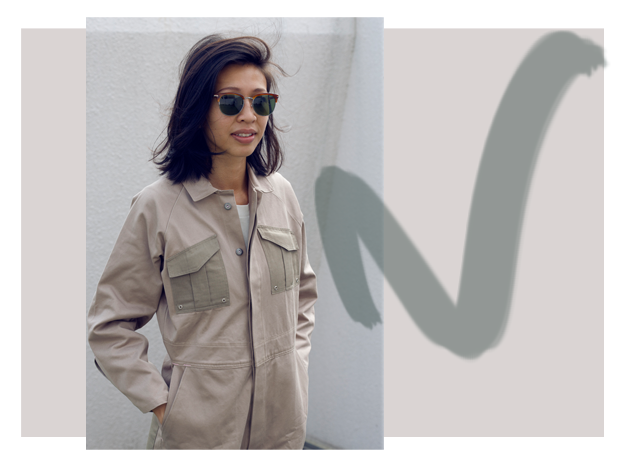 Today at Ponytail Supplies we are chuffed to be releasing the first drop of the W’menswear AW17 collection. This winter, the brand has reshaped some of the most iconic men’s workhorses, so watch out for some hard working winter staples that will keep giving for years to come.

Over at our Ponytail Supplies store, we’ve fully stocked up on all the coziest, and hard working W’menswear schwagg for winter. Inspired by designer Lauren’s passion for slow-made textiles, and photographs of her British grandparents during World War II, the collection is intricately layered with research, developed for hard hitting gals of today. Browse the collection here 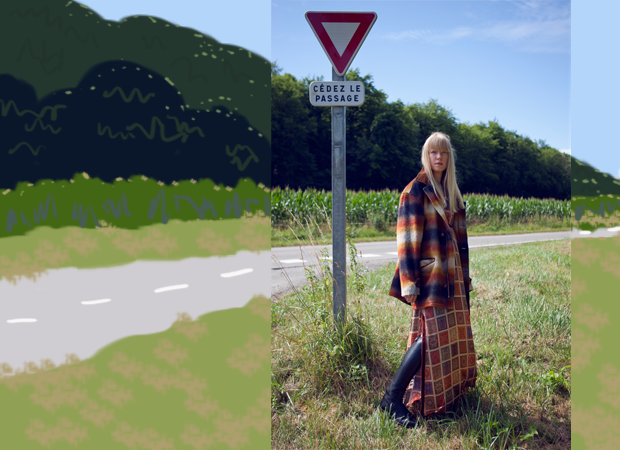 There are so many experiences that deeply connect us all humans alike - like sadness, boredom, sweetness, or gloom. None are better, worse, or worth more than the other, but all are the mysteries of experience that we can enjoy everyday. Lauren teamed up with her buddy Stacey Cotter to dive deep into the present moment for Vogue Australia.