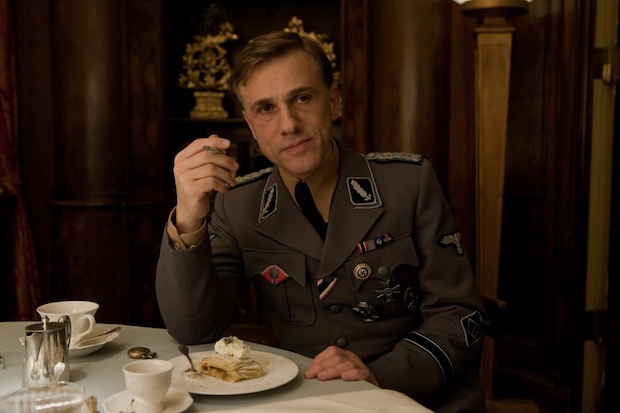 The other night I was watching Inglourious Basterds at home when the most tense scene of the movie inspired me to make apple strudel. If you haven’t seen this film, I strongly encourage you to. I’m a big fan of Tarantino movies, especially if they star Brad Pitt because he is such a fun actor to watch on screen.

In this particular scene, I always find my gut twisted into knots and my palms sweaty with anxiousness. Enter Christoph Waltz playing the role of a villainous Nazi Colonel who, to paint a better picture, claims the nickname of ‘Jew Hunter’. Set in a busy upper class restaurant, the scene mimics the dance of a lion hunting its prey, Shosanna (played by Melanie Laurent), over tea and apple strudel. The stressful dialogue between the two characters is dictated by eating strudel, and for some reason sent me craving the classic European dessert.

After much rummaging through my pantry, I gathered the tools and ingredients to throw together a quick strudel so that I could have the perfect treat to watch this movie with. (Yes, I am a crazy). So here’s my super easy, and super speedy apple strudel recipe inspired by Inglourious Basterds. 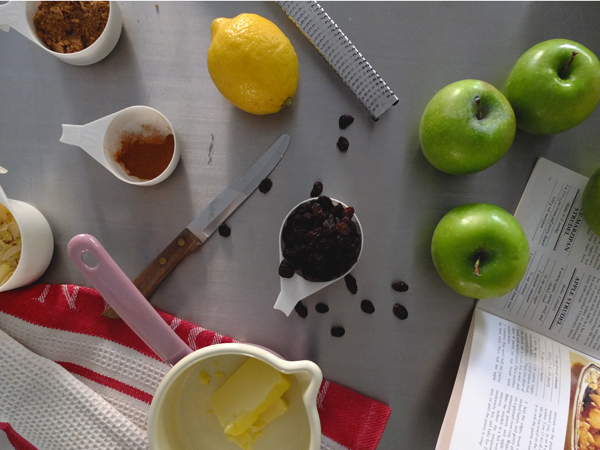 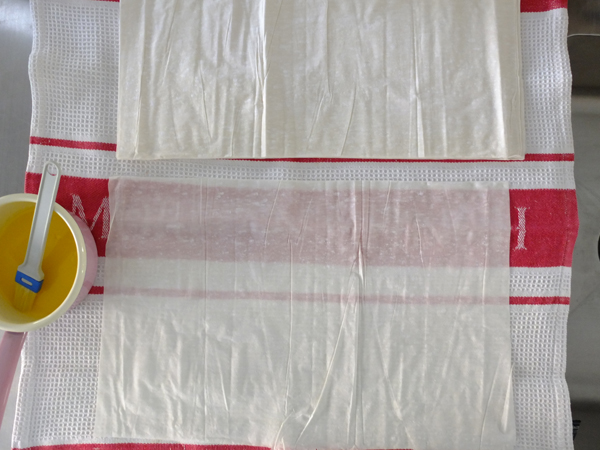 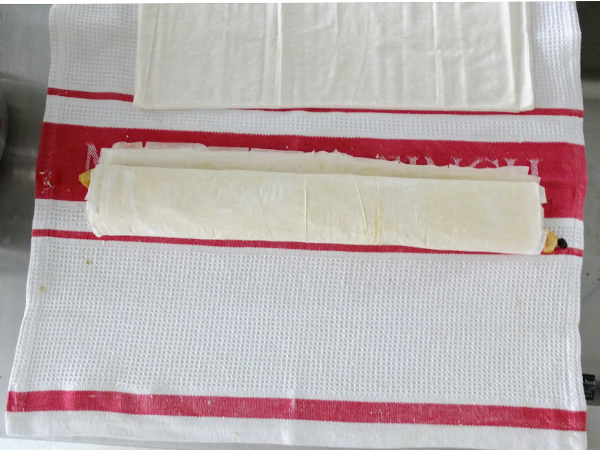 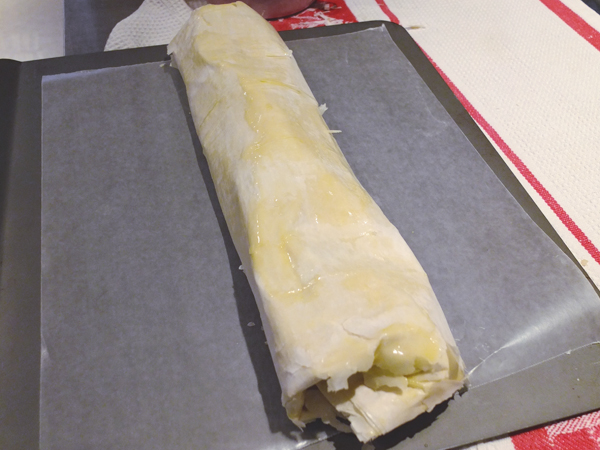 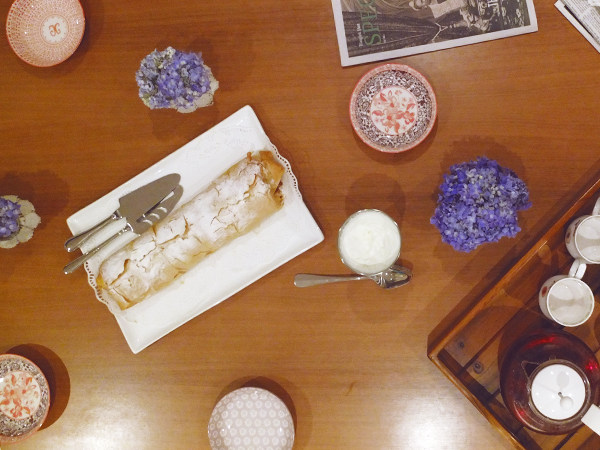 icing sugar
whipped cream (grass fed if you can get it)

Preheat the oven to 180C. Zest the lemon and set to one side. Fill a bowl with water and the juice of the lemon. Peel the apples, then cut them into 1cm dice and soak them in the acidulated water so they don’t oxidise and brown. Drain the apple pieces in a colander and pat dry with some paper towel. In a large bowl, combine the apple, raisins, lemon zest, salt, cinnamon, and mix gently as to not bruise the apple. Sweeten the apple with brown sugar to taste and set aside.

Place a clean tea towel onto a large surface and lay your stack of filo pastry on the upper half of the towel. Lift a single sheet from the pile and lay it onto the lower half of the tea towel. Using a pastry brush, paint the single layer with melted butter and lift another sheet of filo to go on top. Repeat this process until you have a stack of buttered filo sheets that is about 8-10 sheets high.

Next, spoon out your apple filling onto the bottom third of the buttered filo stack. Make sure the filling is neatly arranged in a horizontal line, leaving a 1″ boarder from the left, right, and bottom sides of the filo stack. Now for the rolling: fold in the left and right sides of the filo (so that the apple won’t fall out), then start rolling from the bottom to the top like a burrito. When you have reached the end, dab some melted butter on the edge of the filo to seal the deal, then carefully transfer seam-side down to a baking sheet lined with baking paper. Brush the top of the roll with more melted butter then bake for 25-30 mins until golden brown and crispy.

Cool a little before dusting with icing sugar, and serve with a good dollop of whipped cream and an espresso or a glass of milk. 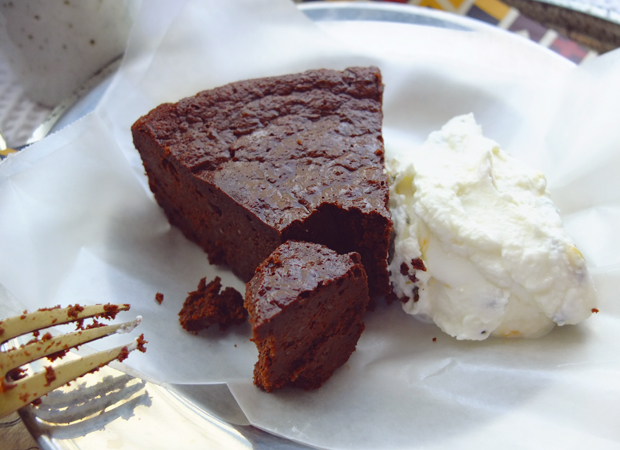 This is something I have been making for years, and it pleases me to make and serve to people time after time. There is also no... 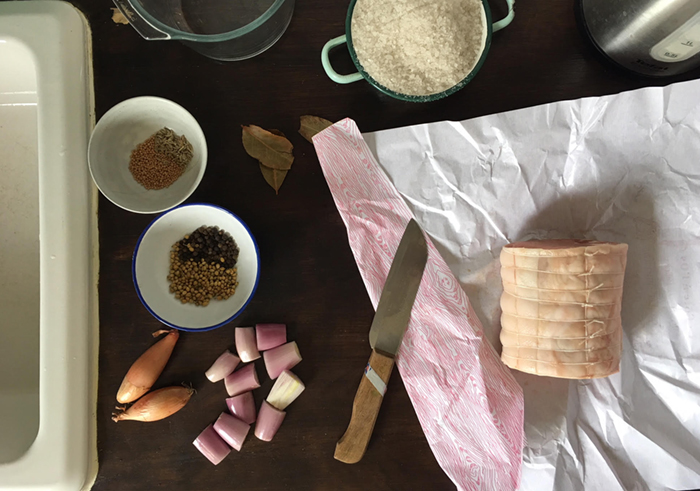 For me, cooking the Christmas meal for my favourite people is one of the joys of existence but I know for many it can quickly turn into a stressful mess. This recipe is all about the brine that you soak your pork in 24 hours before you want to cook. That is my little trick that will make sure you.…