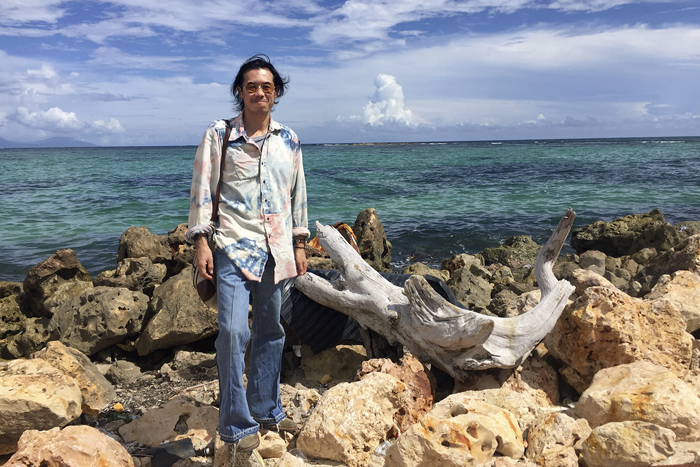 "Kingston and Hellshire beach… one day in Jamaica" by Eric Kvatek.

Kiro and I arrived in Kingston quite late and hightailed it to So-So Seafood Bar for Snapper in coconut milk. We were hoping to try Fish Tea (spicy fish soup) or Mannish Water (aphrodisiac goat soup) but alas we were there on the wrong day. So-So is a popular tropical looking bar and grill just a stone’s throw from our hotel with pleasant and friendly waitresses. 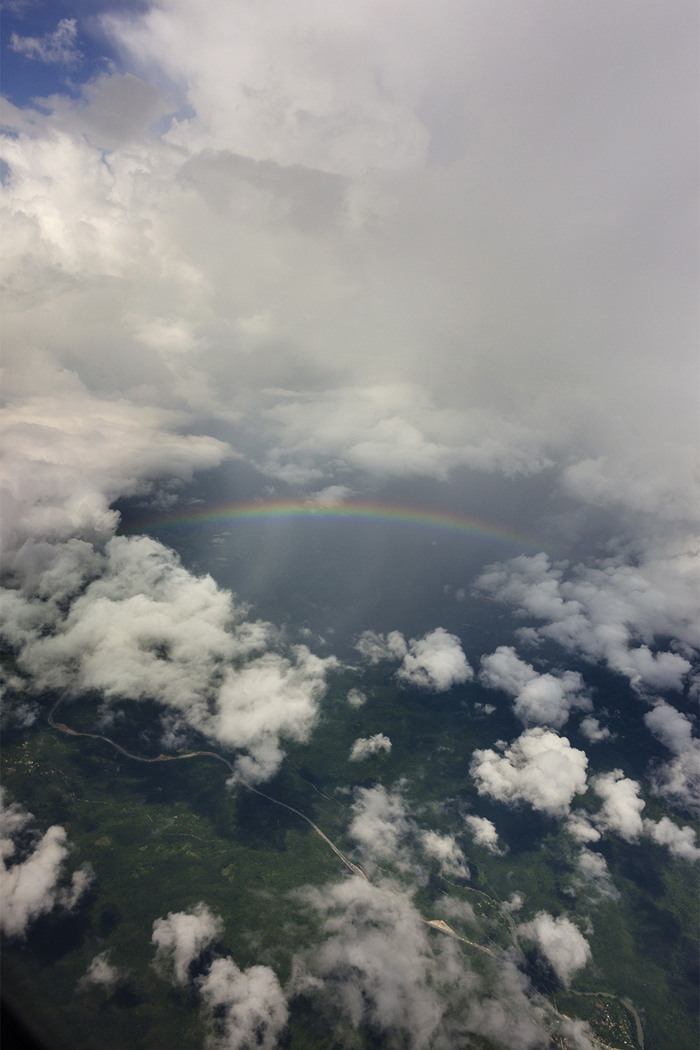 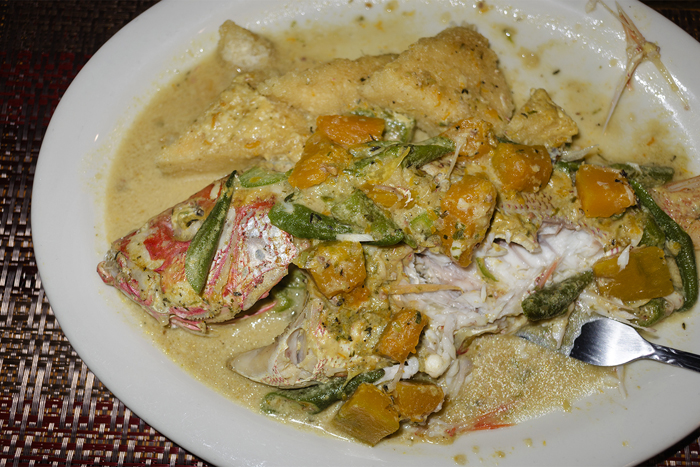 Catch of the day at So-So Seafood Bar. 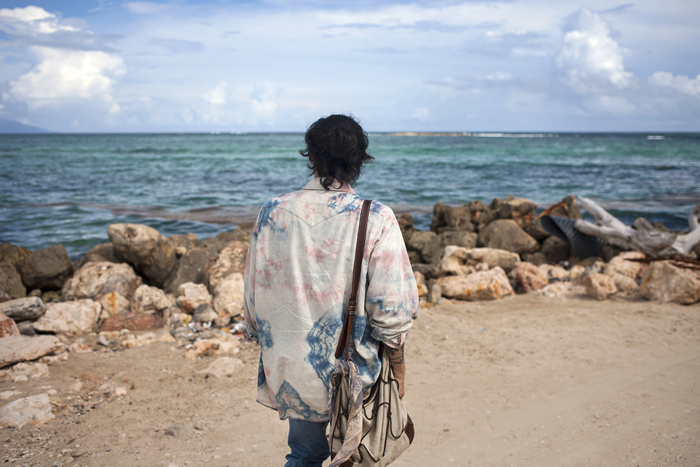 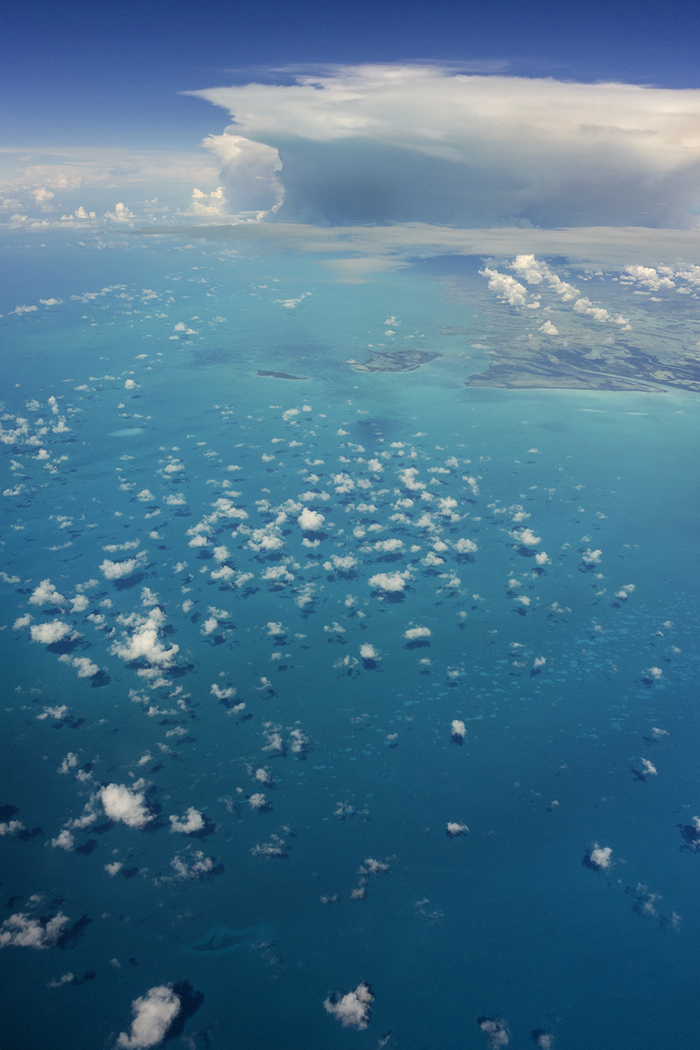 Kiro looking into the crystal clear waters of Jamaica. 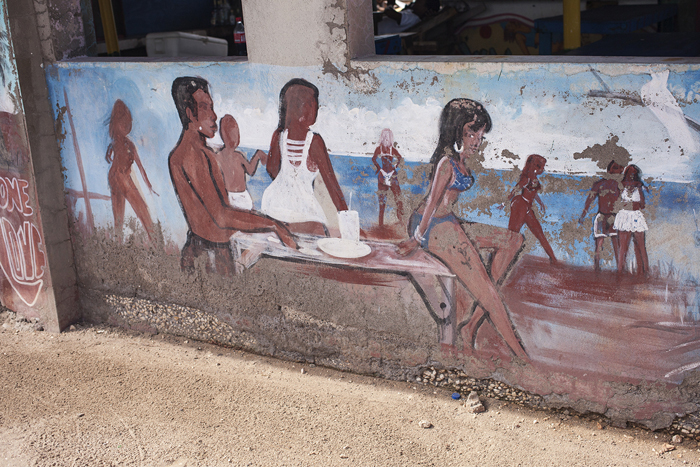 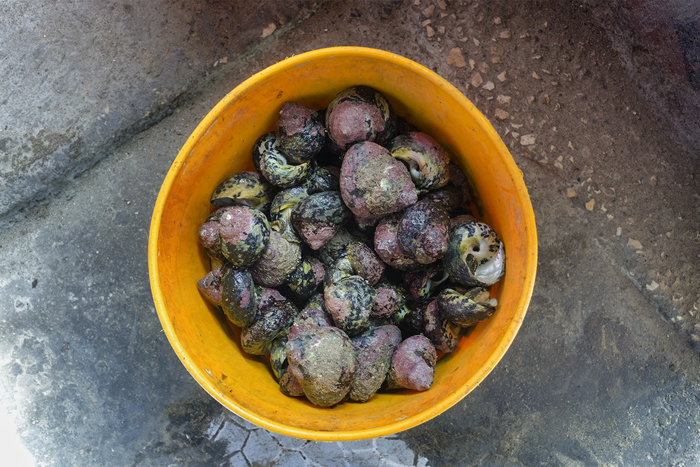 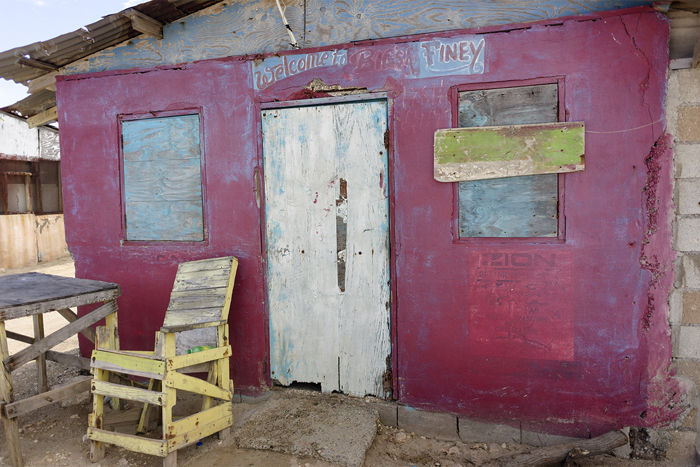 In the morning we actually headed out of town to Hellshire Beach. Originally named Healthshire because it was thought to be a healthy location. These days it is a popular getaway for locals and is home to several shacks serving fresh fish and Red Stripe beer. Some restaurants will offer up Parrotfish but please avoid ordering it as they are a vital part of conserving the Jamaican coral reefs. Red Snapper is a much more environmentally friendly and sustainable alternative, and it is delicious! We ordered fried Snapper with Bammy (yuca flatbread) and Festival (fried dumpling). 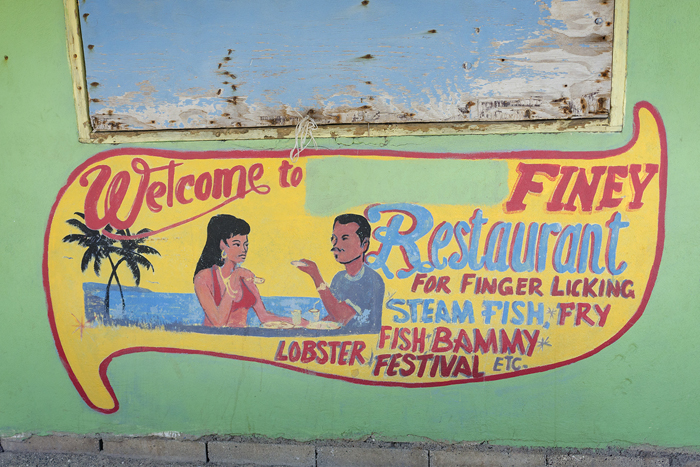 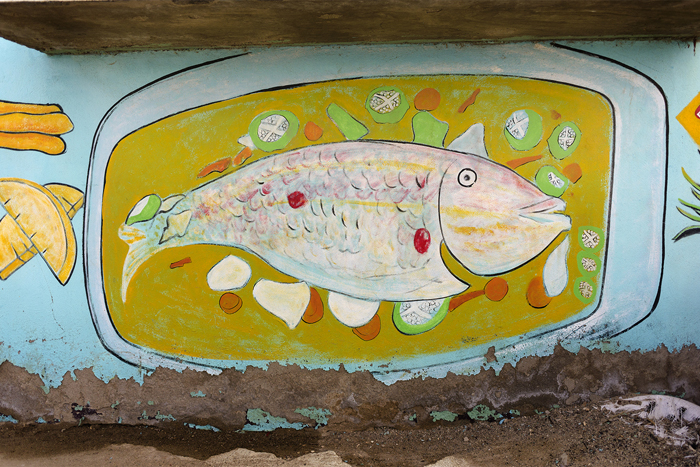 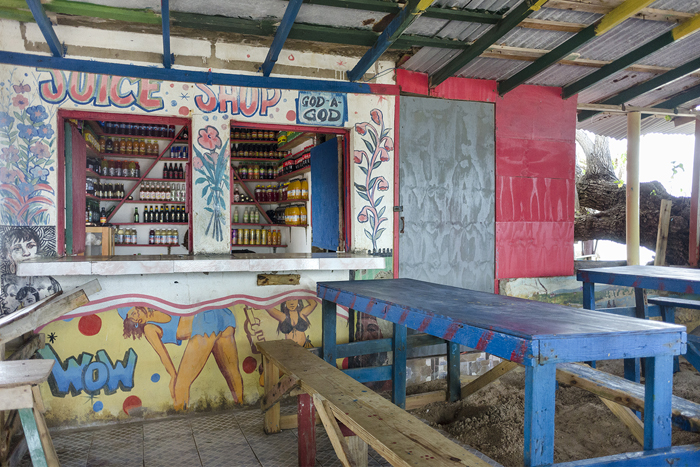 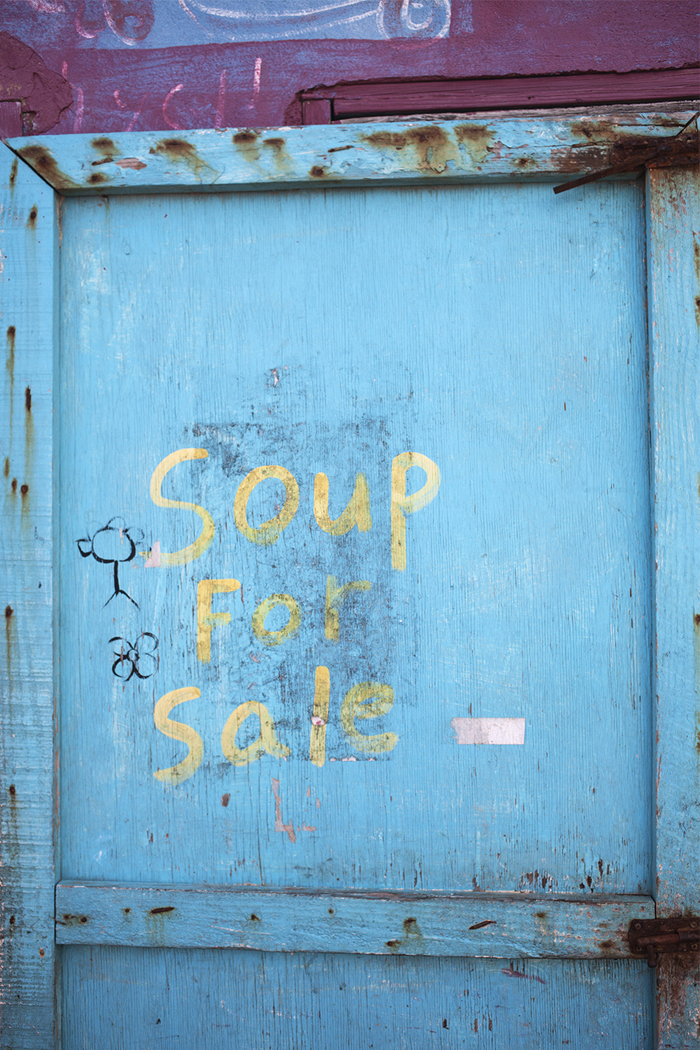 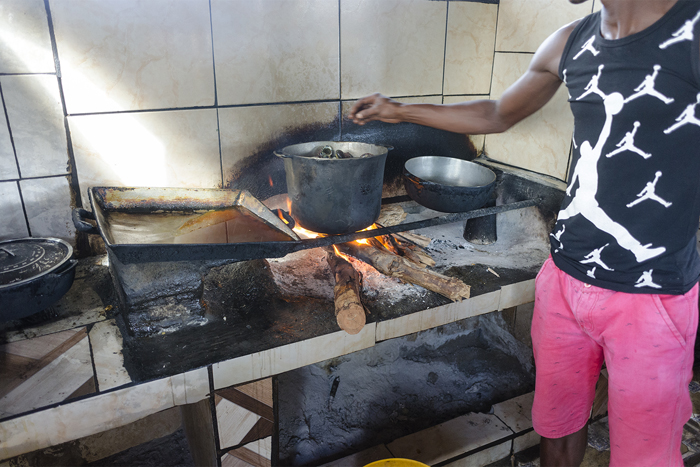 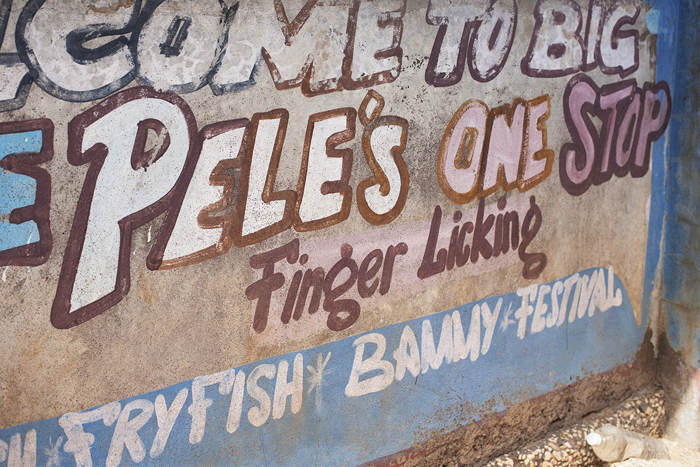 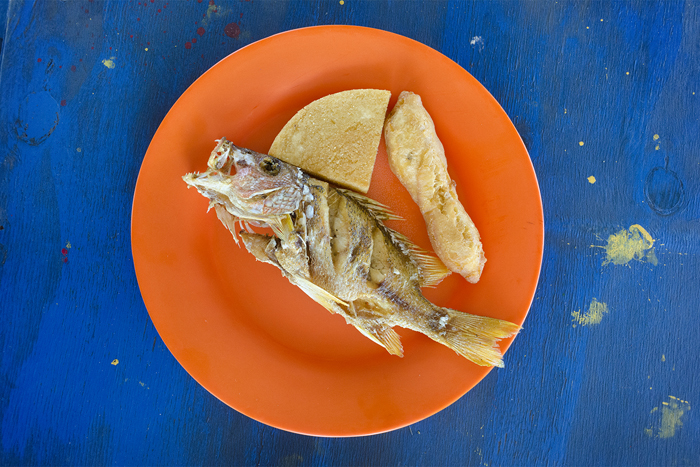 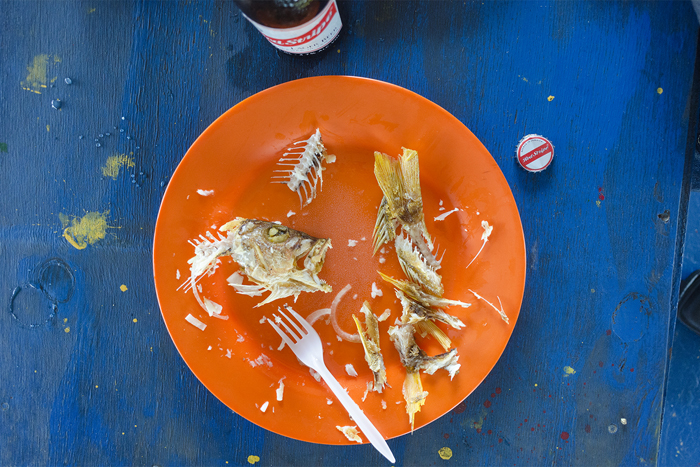 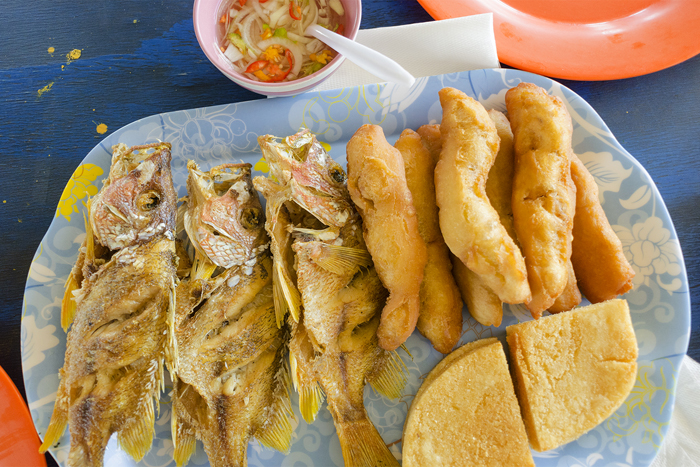 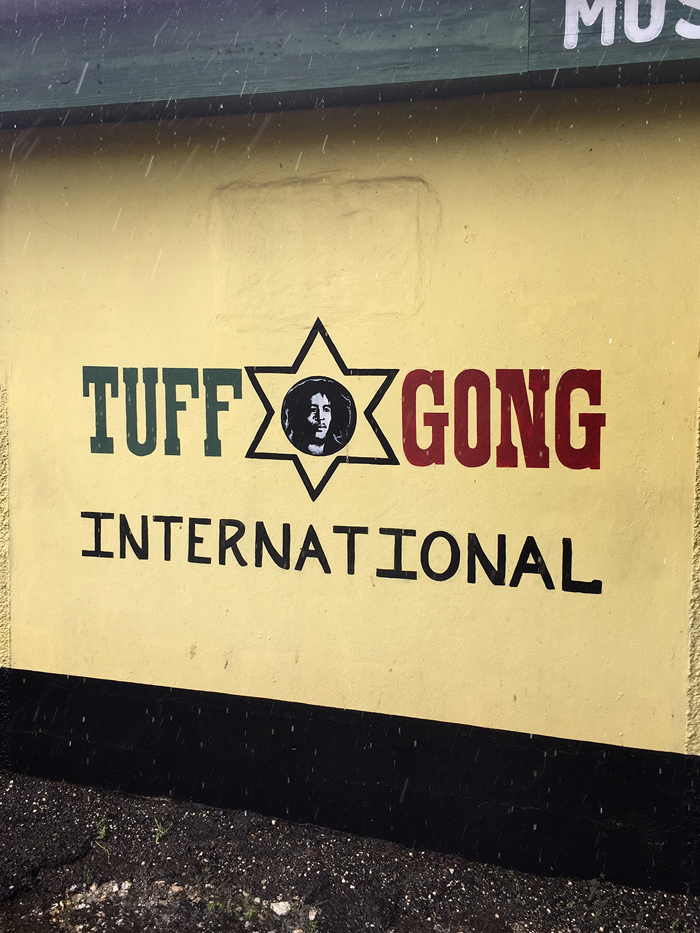 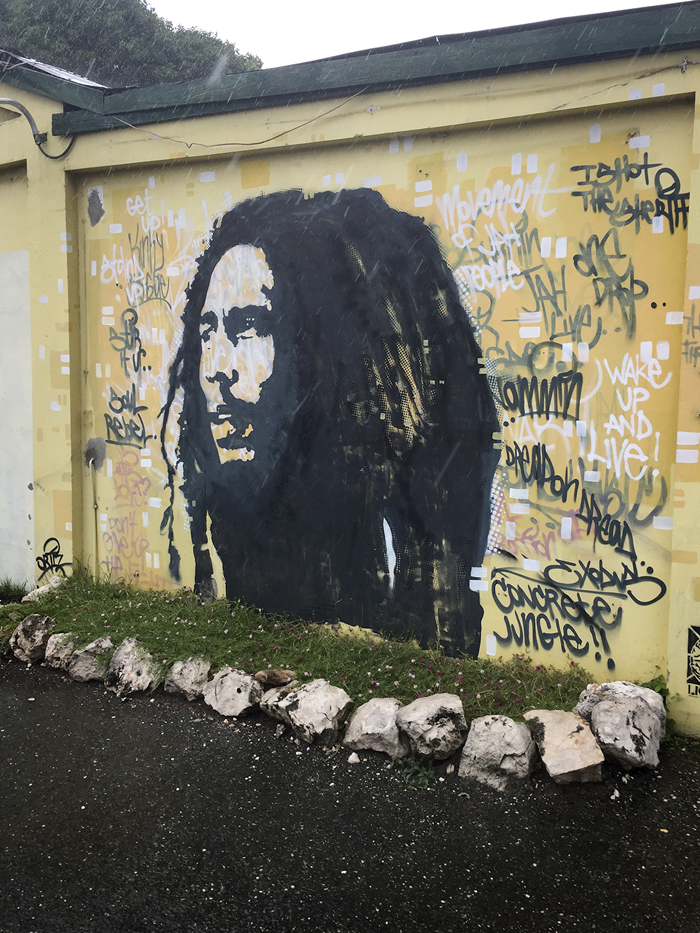 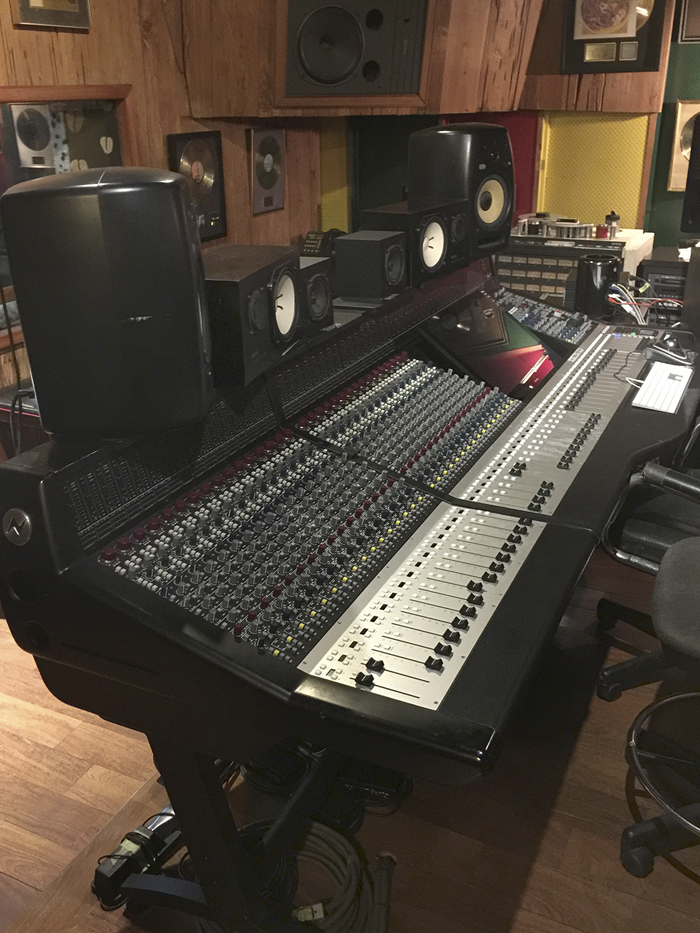 After lunch we had a visit to Tuff Gong International which was founded by Bob Marley in 1965. The recording studio has some of Bob’s memorabilia, sound equipment and a slew of gold records. It is one of the largest recording studios in the Caribbean and attracts artists from all over the world. 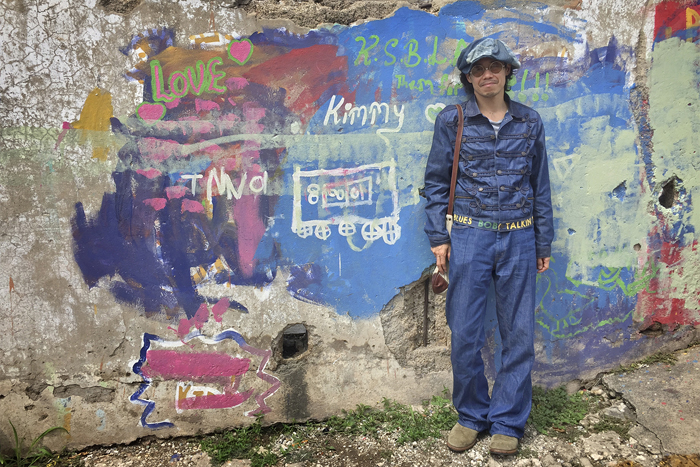 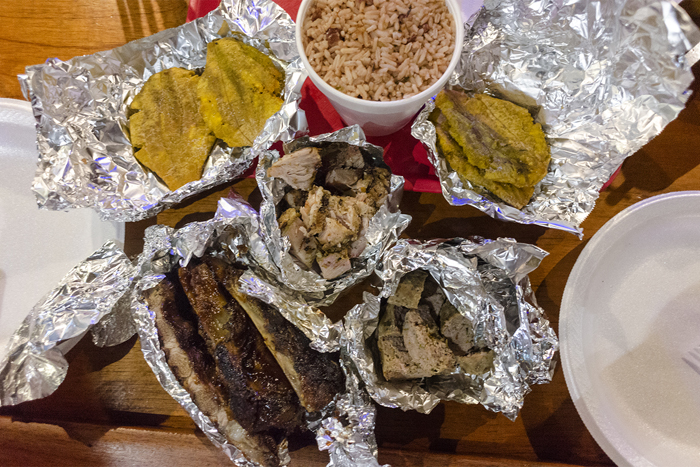 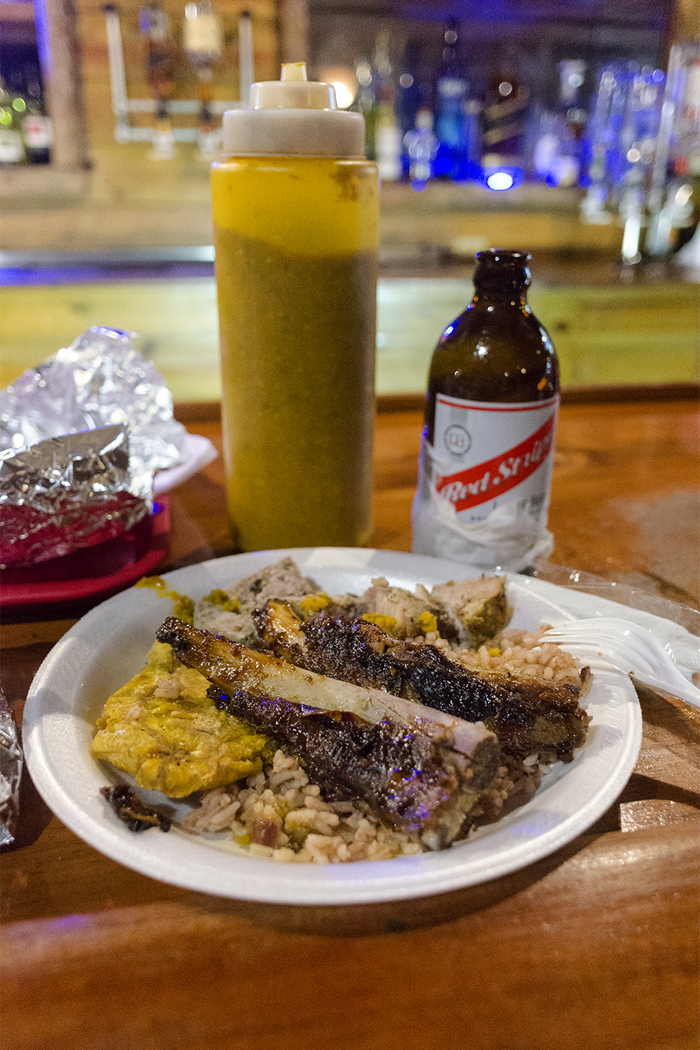 For dinner we had to try Jerk. Jerk is a spicy style of cooking native to Jamaica. We headed to Pepperwood Authentic Jamaican Jerk for barbecue ribs and jerk pork and jerk beef. All of the dishes come wrapped in foil along with an insanely spicy Jerk sauce. I have a bad habit of drenching my food in sauce before tasting it. To Kiro’s amusement I learned the hard way just how spicy it was. 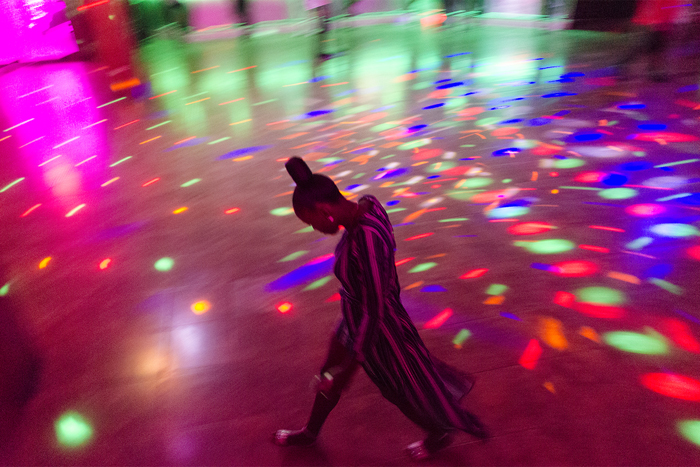 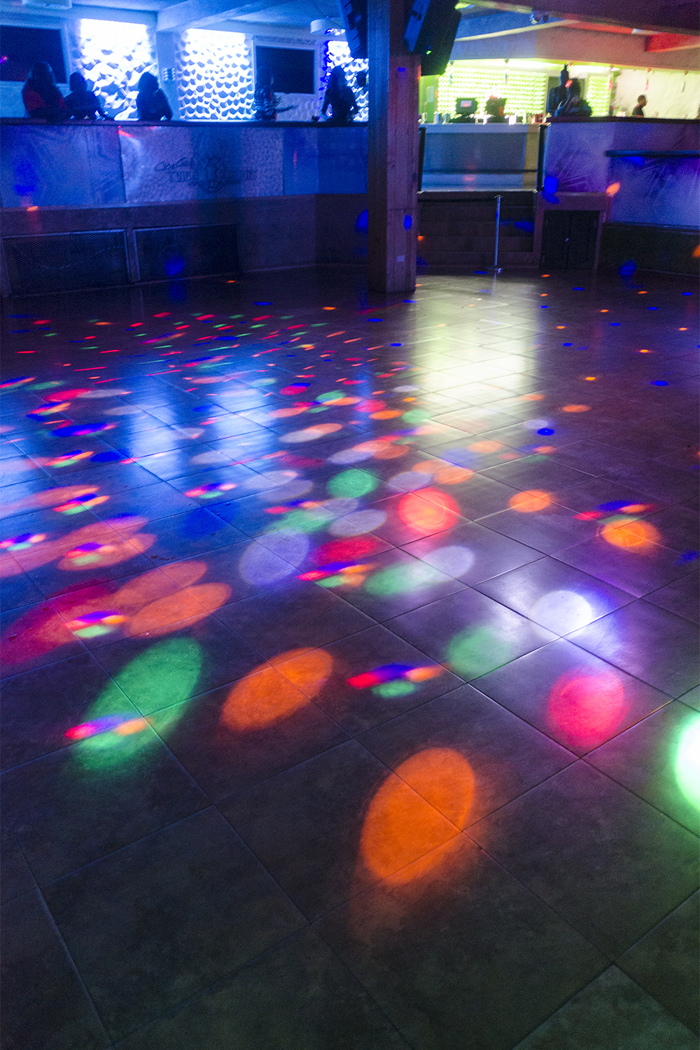 After eating we hung out at the Triple Century Sports Bar which is really more of a dancehall after midnight. We were a tad early but at least we got to appreciate the light show. Thursday is the night to go and seriously, go late. 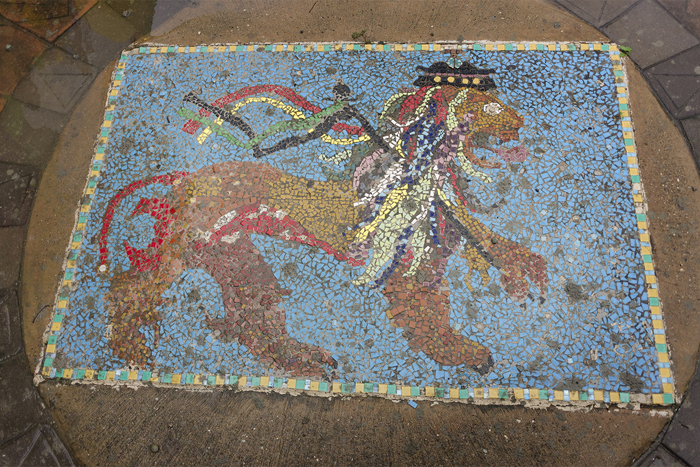 The second day we cruised around Kingston. Our focus was Trenchtown (home of Bob Marley), the old downtown and a drive up into the hills for a view of the city and the Blue Mountains. Afterwards we managed to spend a few hours in the pool at our hotel, the locally owned Spanish Court Hotel.

Below, the Blue Mountains. 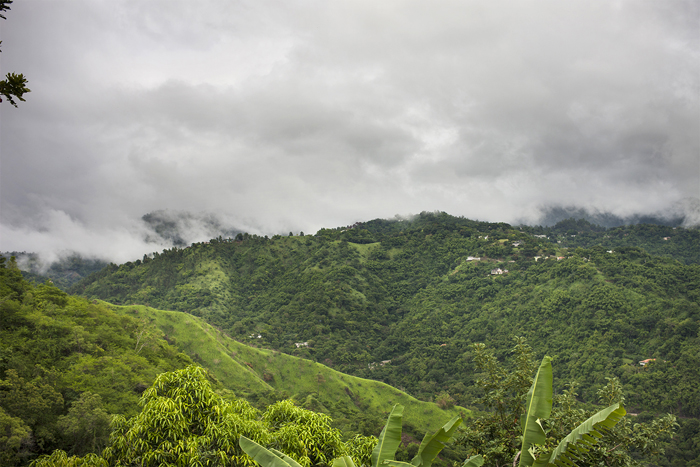 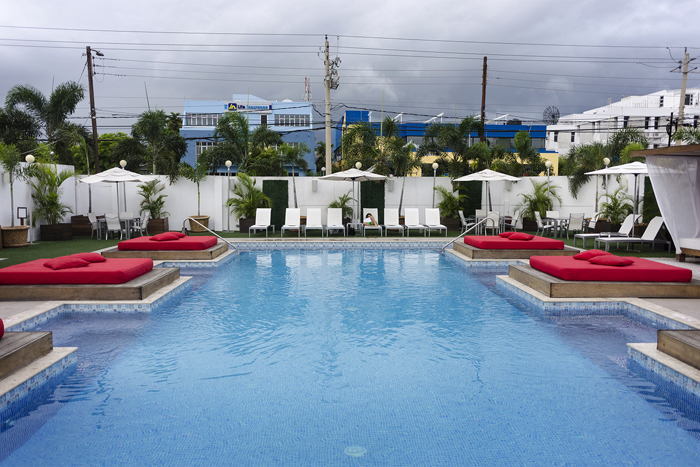 Above, The pool at the Spanish Court Hotel.

Our last night in Kingston we chilled out at The Deck with some Red Stripes and then late into the night at MVP Fridays at Puls8.

We slept a few hours and it was back to the airport!!!

Images and words by Eric (@eric_kvatek).