This week, our editor at large Eric Kvatek takes us to Nashville, Tennessee to scope out the new and old culture that makes the capital city so full of flavour.

As a Virginian who formerly lived in Georgia, descended from an Alabaman, a West Virginian and a Tennessean I am fairly particular about Southern food and culture. In my youth, while I often shopped for vintage in Nashville even then it was too posh for me to linger as I preferred the danger and grit of nearby Memphis. I thought of Nashville as the place where people that never rode a horse wore cowboy boots and sang about people that ride horses. As I gradually mellow into my old age, I unexpectedly found that I was willing to visit Nashville and give it a try. Safe to say a lot has changed in the last 25 years, and thankfully some things haven’t. 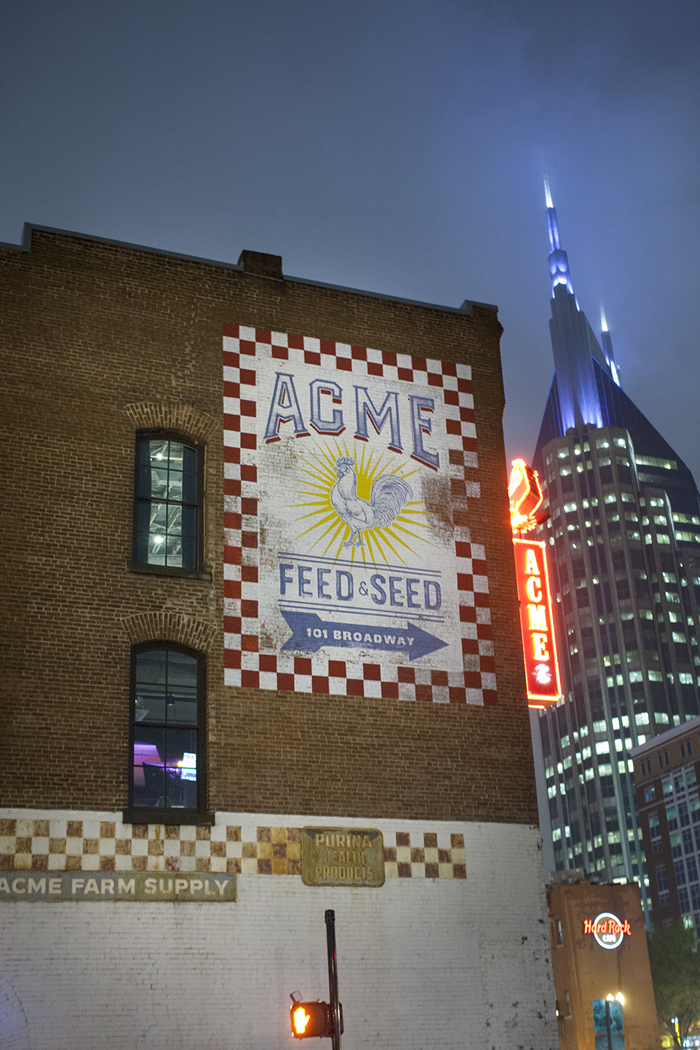 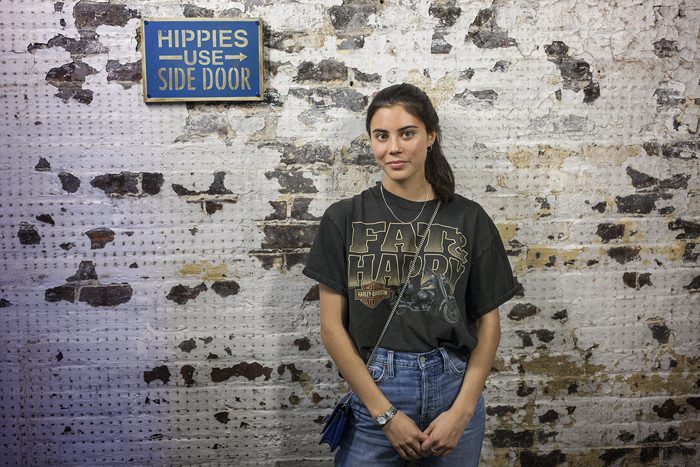 Acme Feed & Seed is the huge venue you end up at when you and your pals can’t find bar stools at the tourist filled “honkey-tonks” on Broadway. Acme has almost daily live music leaning towards Americana and Grateful Dead cover bands. Unfortunately my pal Ani Wells of Simply Suzette and I did not try the Redneck Lo Mein or make it up to the roof bar. Maybe a little too busy talkin’ and smirkin’… 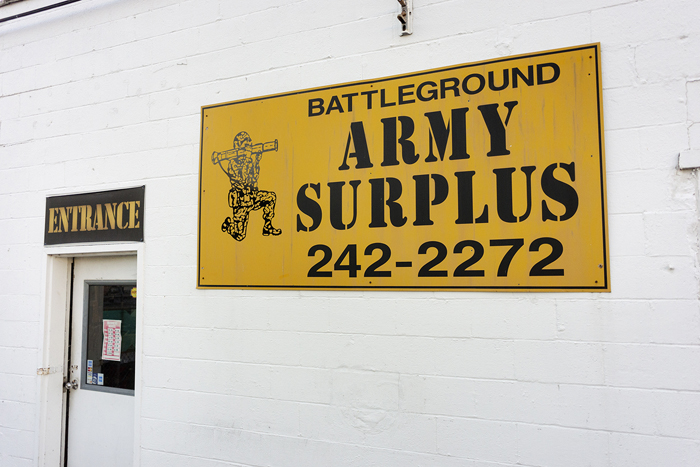 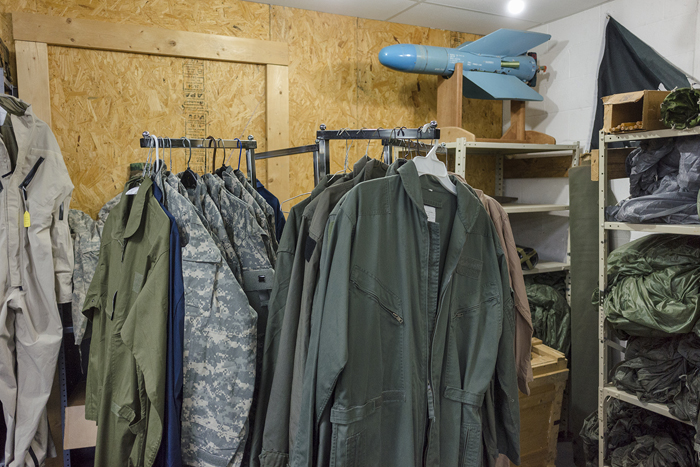 Digging through the racks and stacks in Battleground Army Surplus awarded me a pair of WWII USMC camo HBT trousers and some US Navy deck overalls. When I was finished shopping I lingered for a while with owner Lin Tacker reminiscing about our youths spent in the deep South. Battleground is one of those rare military surplus stores that actually has surplus. Love his motto, “We were green when green wasn’t cool!” 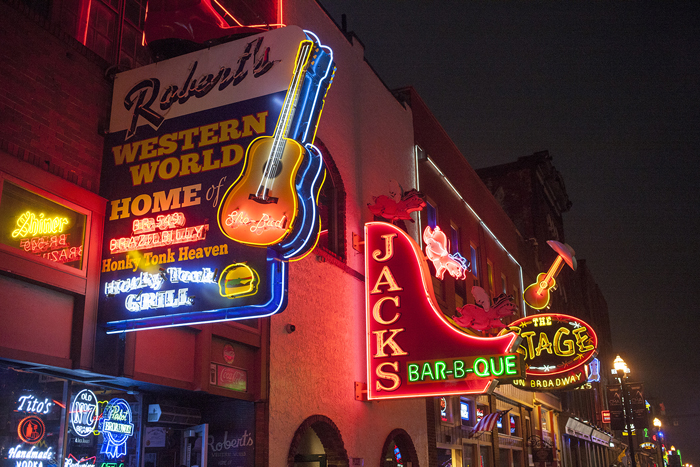 Any visit to Nashville requires a nighttime stroll down Broadway to admire the neon lit strip full of bars and “honky-tonks”. If you hear something you like, try to find an empty barstool and dig in. 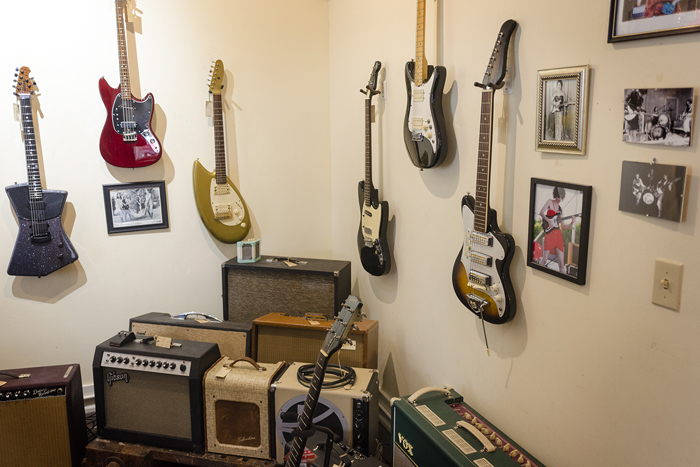 Fanny’s House of Music is kinda half classic guitar store, half museum and some other part vintage clothing store. Which makes it like one and a third of a store? All amps and instruments can be played to your hearts content. 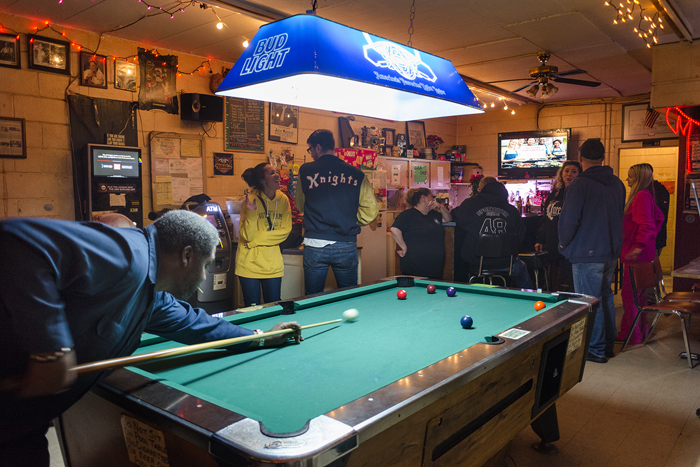 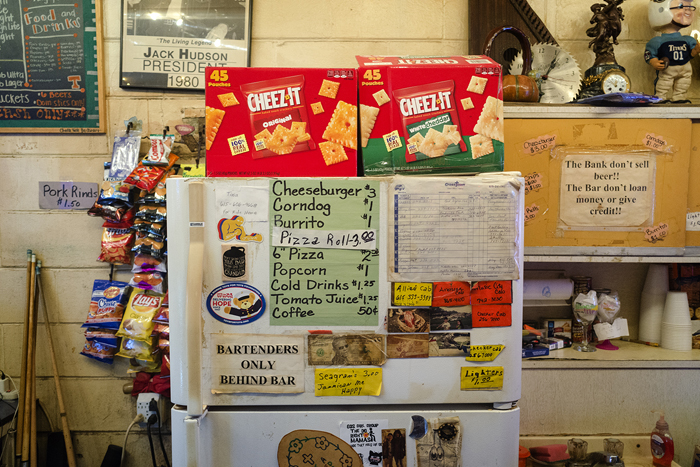 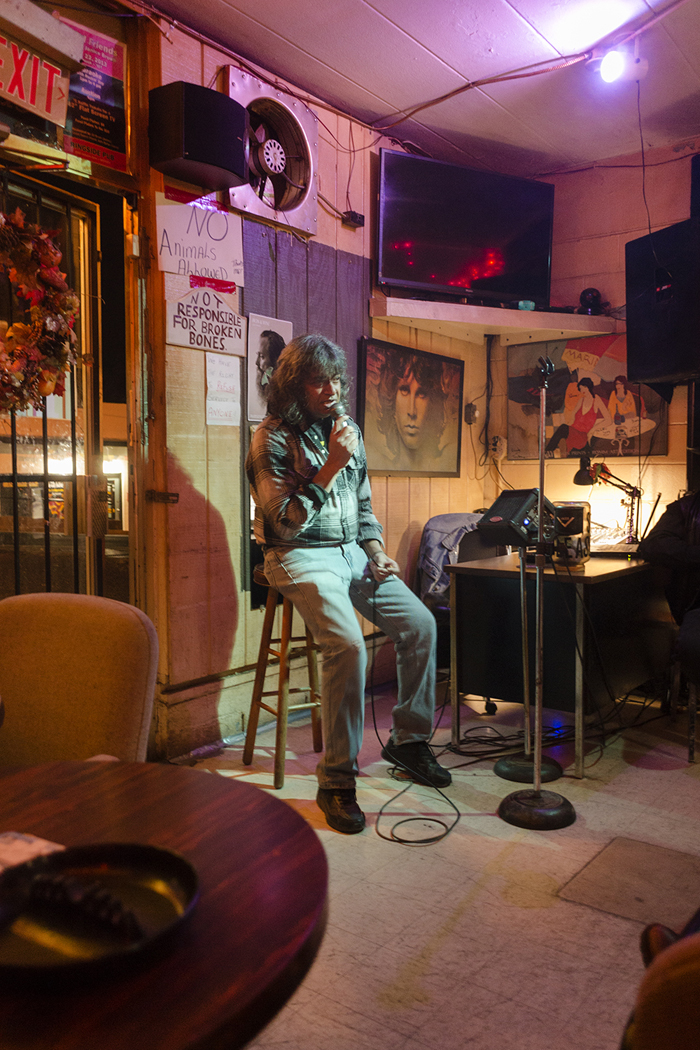 Fran’s East Side was so dear to my heart that I almost kept it a secret. The moment I walked in the bartender was taking care of me as if I was her longtime loyal customer. With out speaking a word she put an ice cold Pabst Blue Ribbon in my hand and called me dear and honey. The karaoke is diligently run by Sam. So sit back, relax and plot your next karaoke song. (My go to is Wicked Game.) 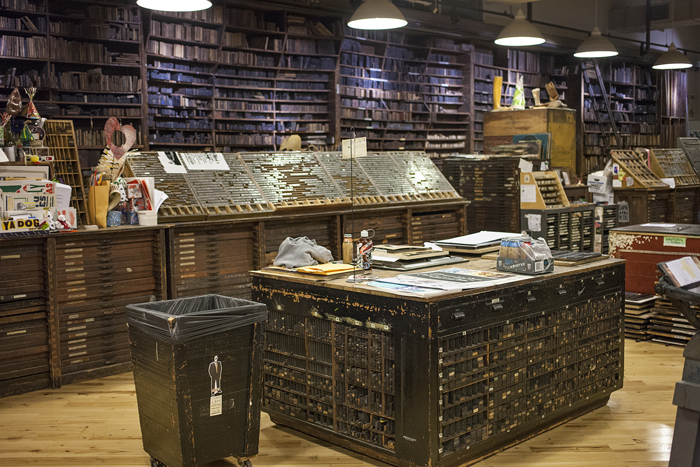 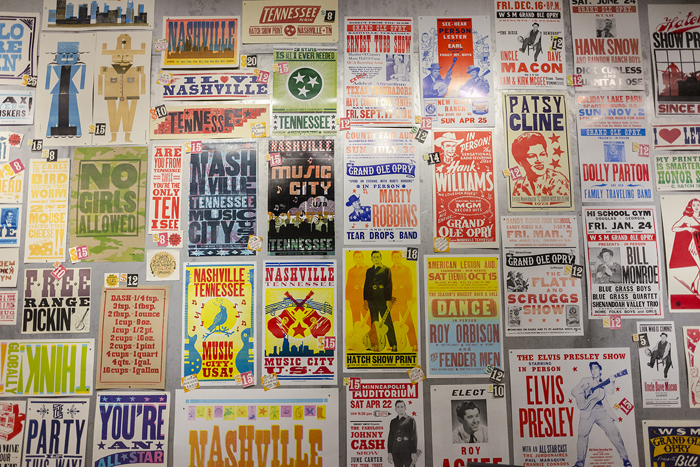 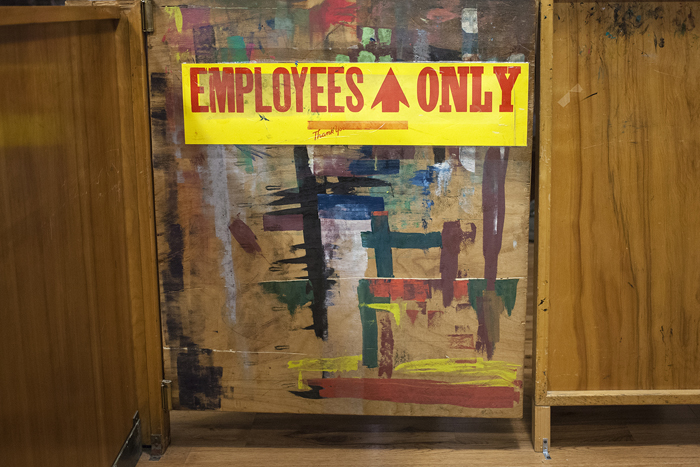 Unfortunately Hatch Show Print has moved from it’s long time location on Broadway to some glitzy glassed in spectacle in the Country Music Hall of Fame. But back in the olden days of Nashville they churned out hand pressed flyers for all ilk of country and western stars and performers. On a good day you might wander around and admire their artistry… on a bad day a grumpy printmaker wearing rubber gloves might just chase you out of there ; ) 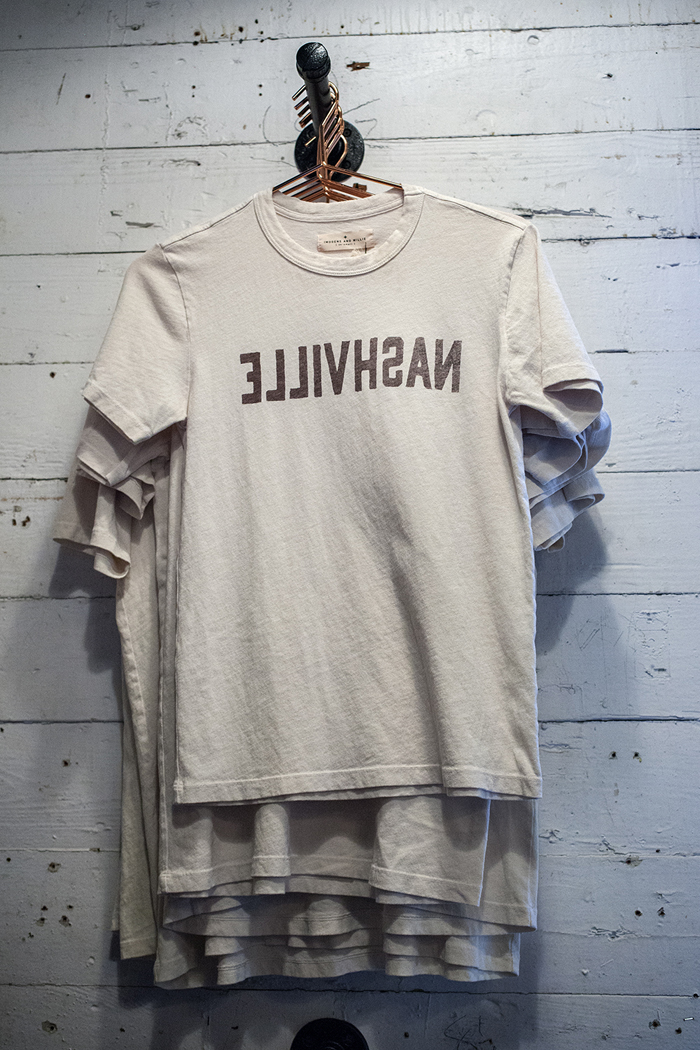 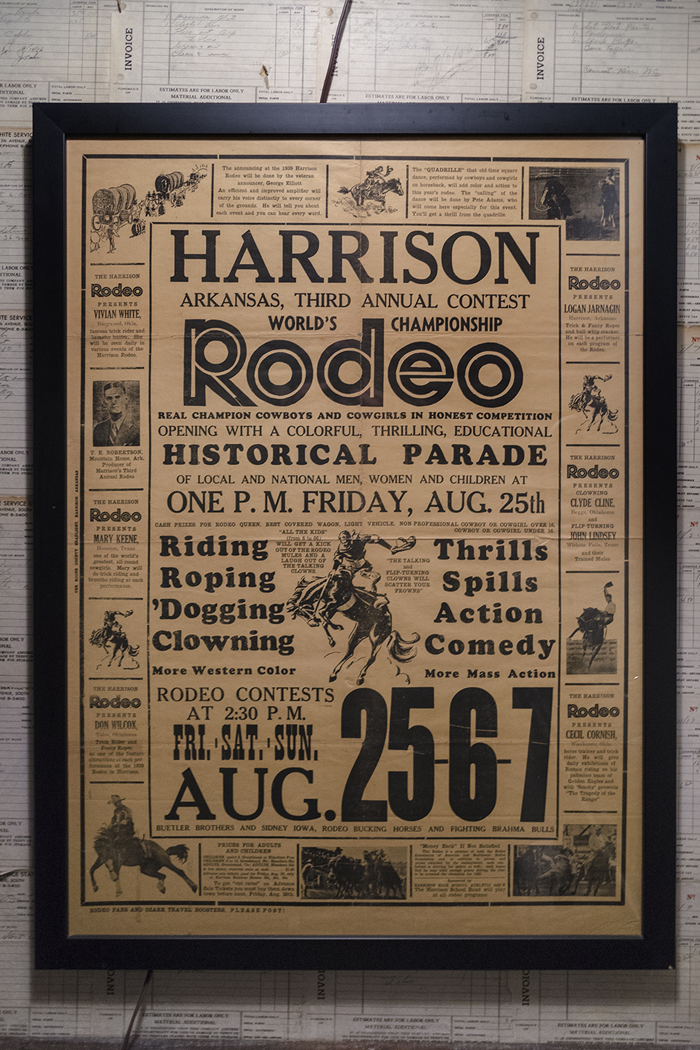 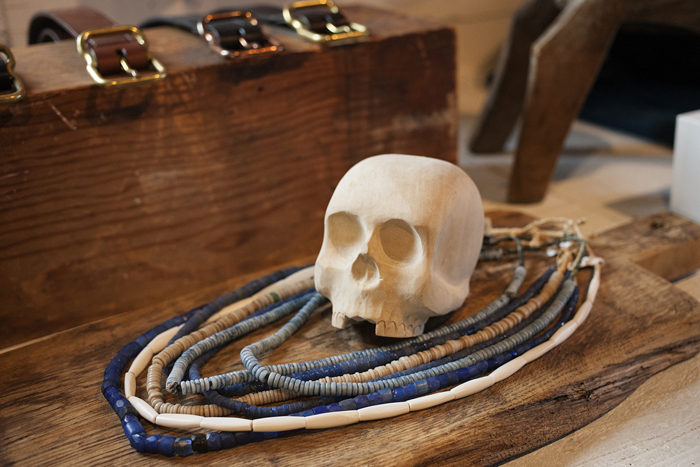 Imogene + Willie has been in Nashville for almost ten years now in a former 1950’s gas station. The store is wonderfully merchandised and is heavy on the basics. As in the simple, understated, made in the USA standards that you’ll wear every day and never get accused of wearing the same thing every day. Baylie was nice enough to give me a tour and show off the “marled watch cap”. 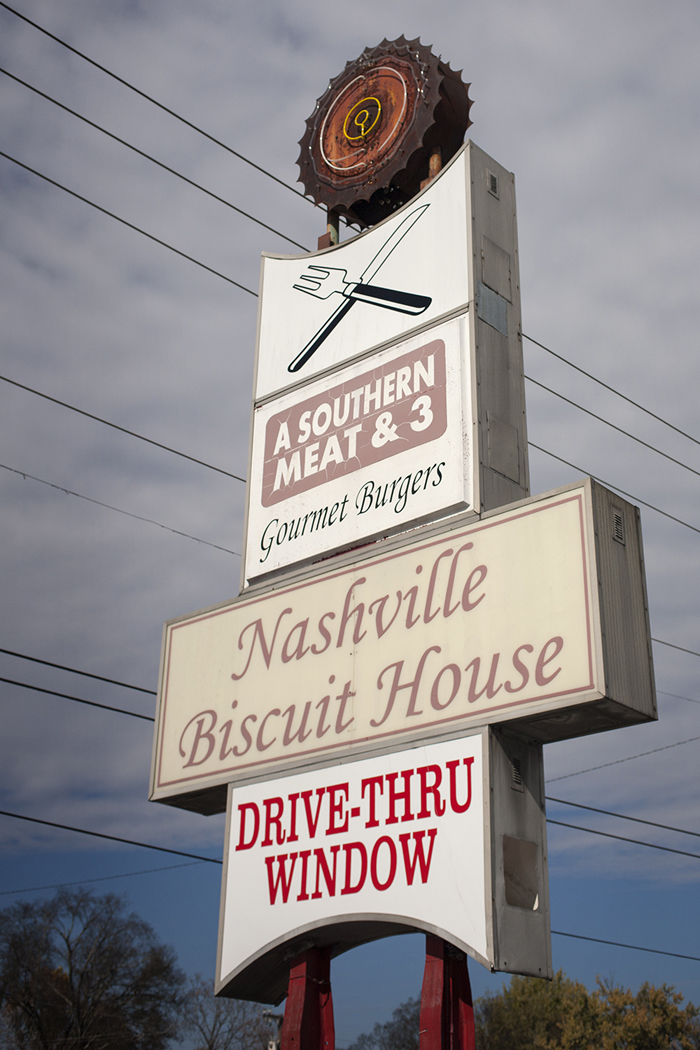 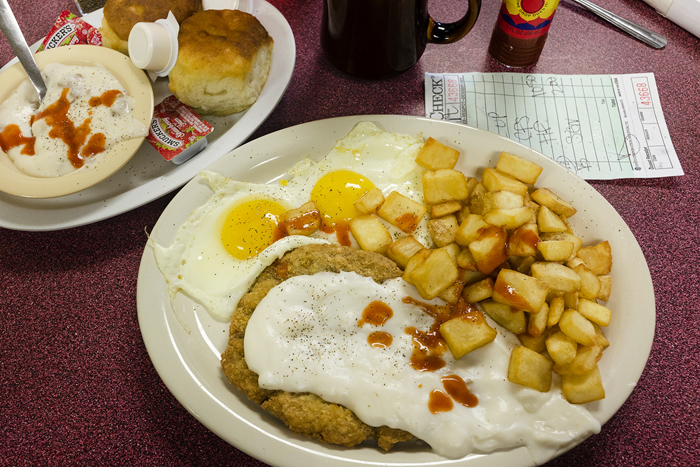 Hard to beat the top notch home cooking at the family owned and operated Nashville Biscuit House. While there’s a wait to get in, once you’re in the service is blisteringly fast and efficient. I’m a sucker for country fried steak & gravy. Heart attacks installed and serviced six days a week, closed on Wednesday. 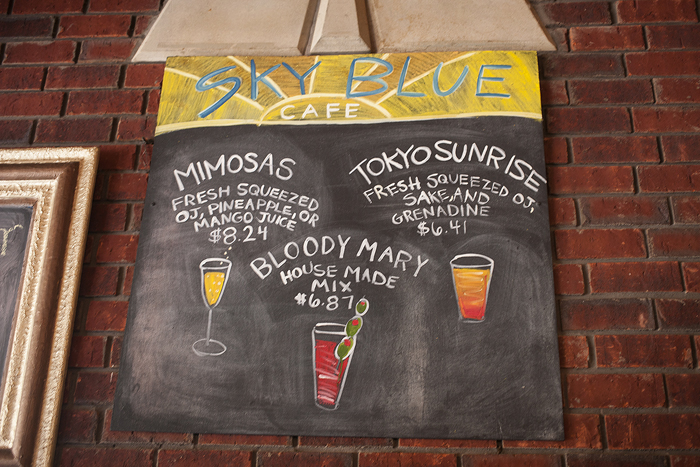 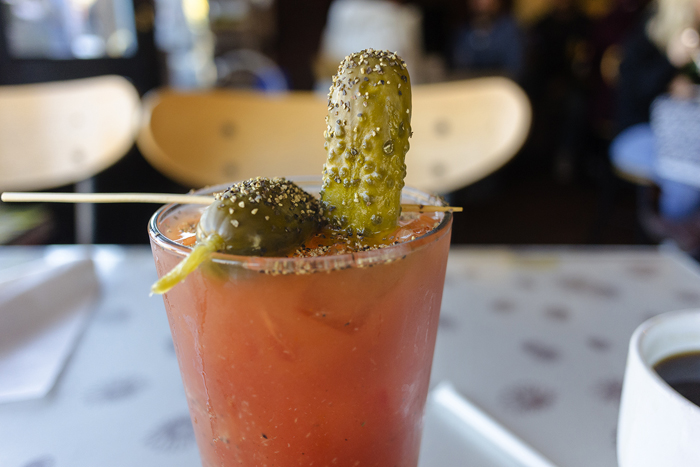 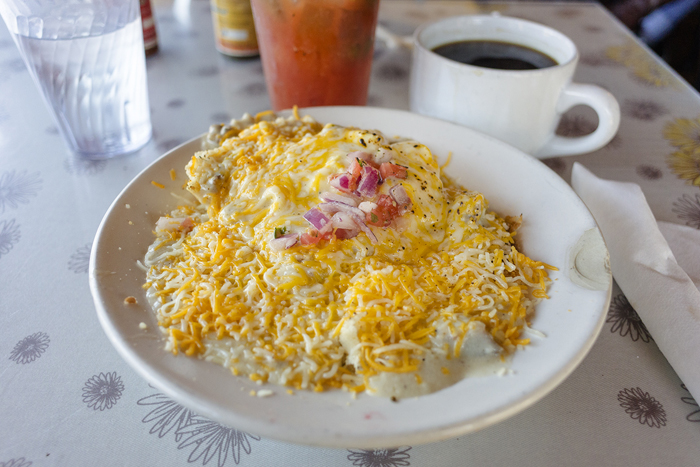 If you wait less than an hour to get into Blue Sky Cafe then you’re doing okay. At least there’s a handy station for serve yourself coffee out front. Once inside it’s time for a breakfast cocktail and a frustratingly delicious sounding menu. I opted for biscuits buried under gravy and cheese but seriously everything looks good! 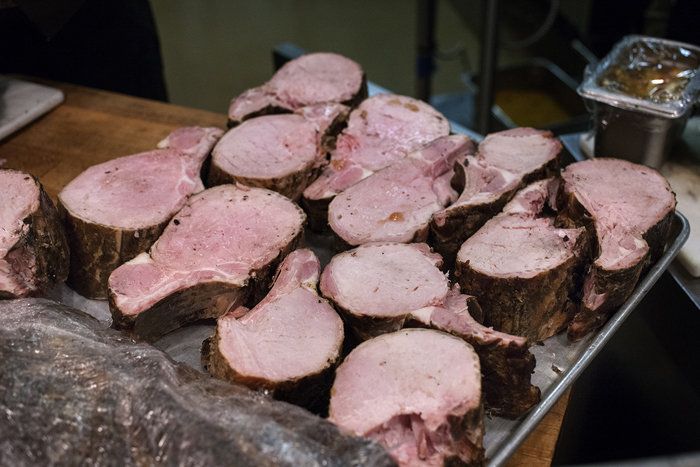 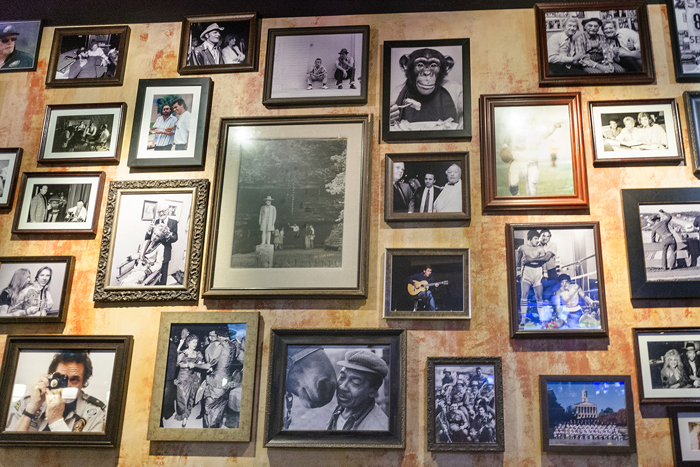 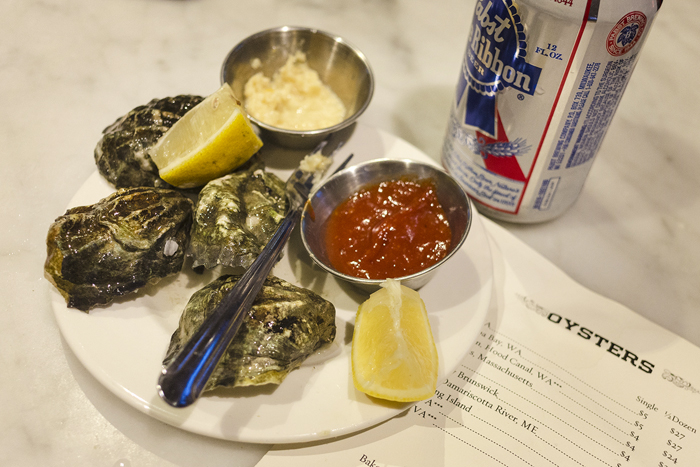 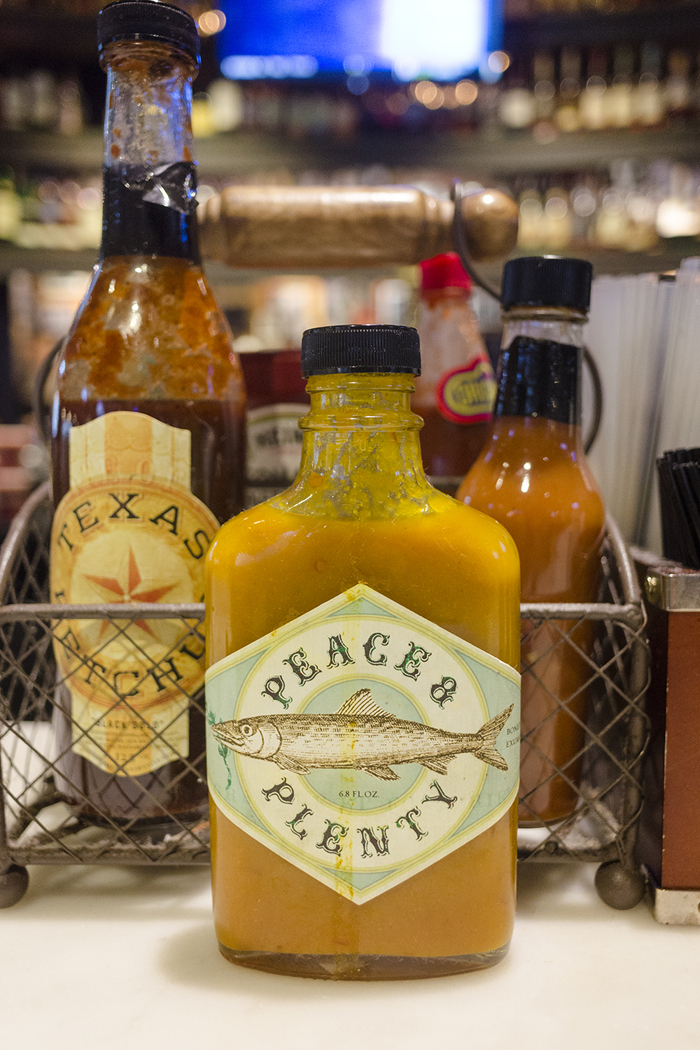 The Southern Steak & Oyster reminds me of the restaurant that your father or uncle might treat you to when you graduate or land some important job. As such, I was strangely overcome with an unexpected feeling of nostalgia and warmth. Perhaps helped along by the fact I was served a complimentary pile of oysters for no apparent reason other than the fact I was sitting at the bar. The double cut smoked pork chops looked amazing! 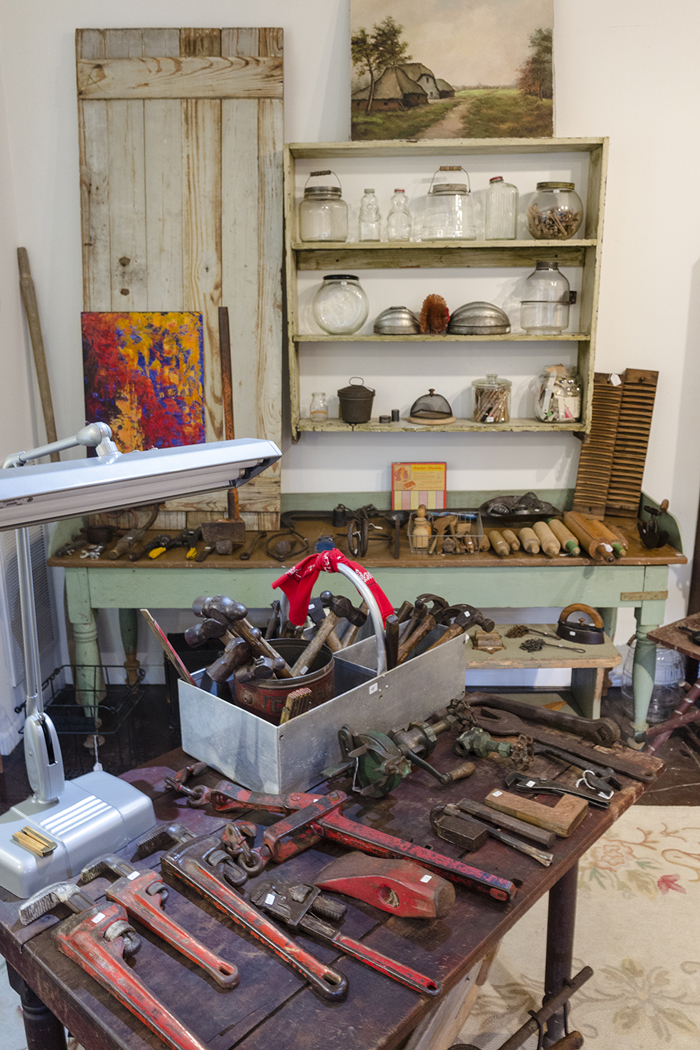 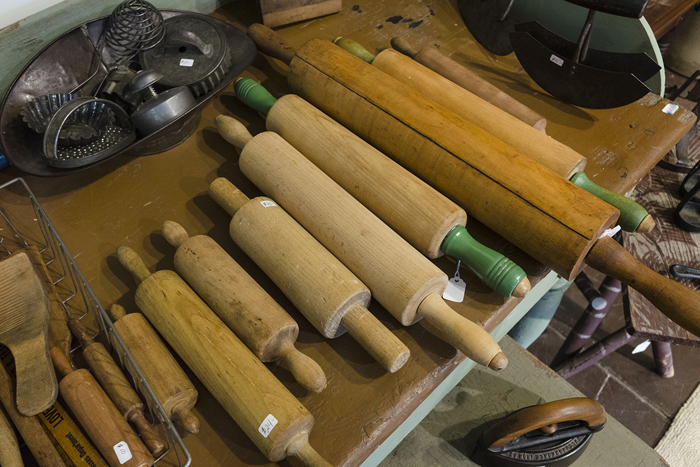 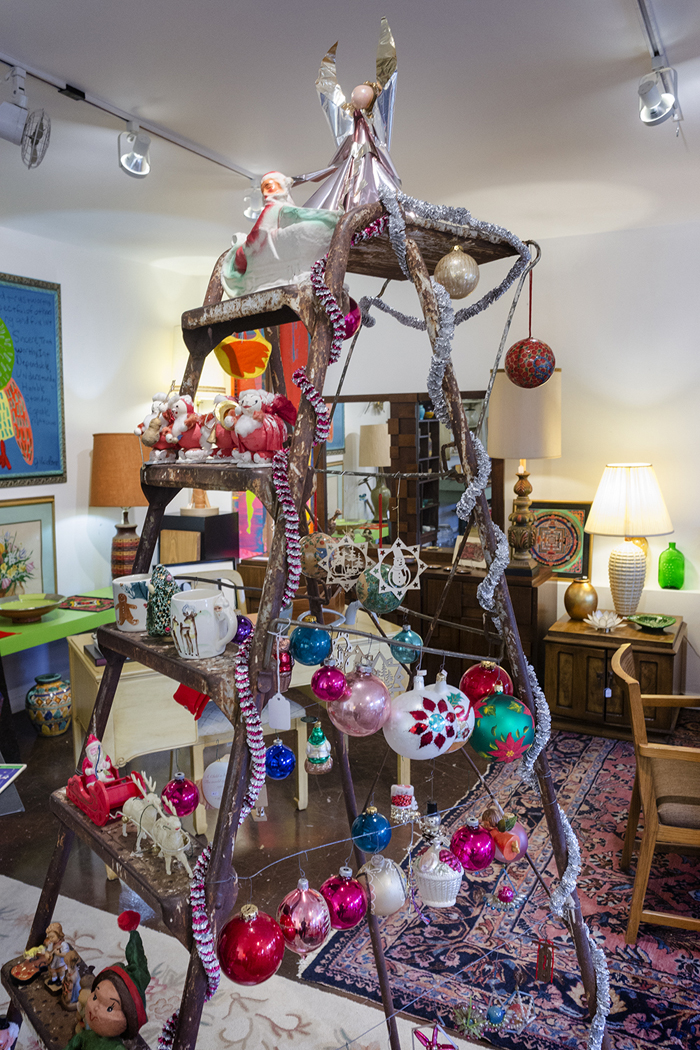 Debbie and Wayne of Wonders on Woodland succeed where thousands fail. In all my years I have seldom seen such an eclectically curated yet unpretentious antique shop. Two floors of modern, folk, tools, housewares, jewelry and… a ladder repurposed into a X-mas tree! 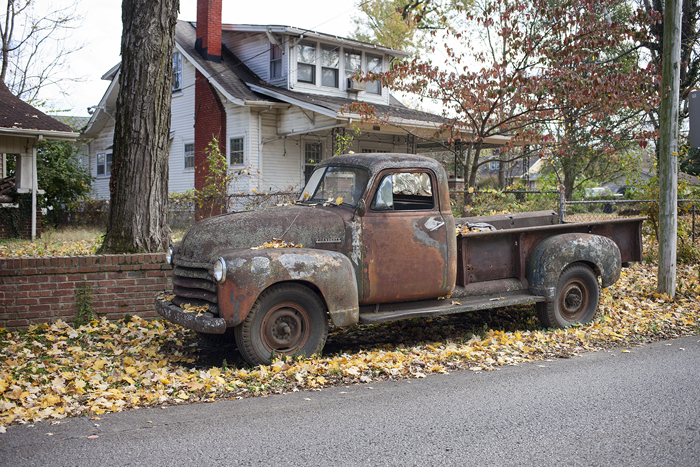 Thanks for the tour Eric! 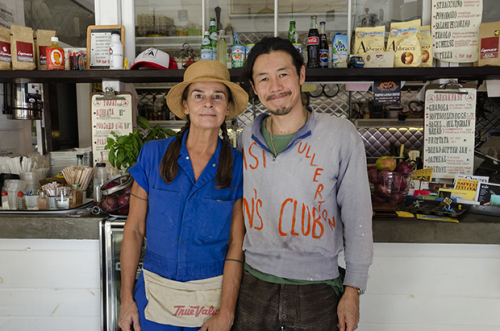 Come on a wild ride with Eric and Kiro through their favourite digs, eats, party times, and treats of the big apple.

Over the holidays, our editor-at-large Eric Kvatek went sniffing for goodness in Austin, to bring you this funnest list of his favourite hangouts in Texas\' colourful capital. Come on a ride through the sunny city with us, stopping along the way for the most important things like breakfast tacos at \'Juan in a Million\', digging up military surplus, a dive bar with 365 days a year Christmas decorations, and a show at Continental Club. 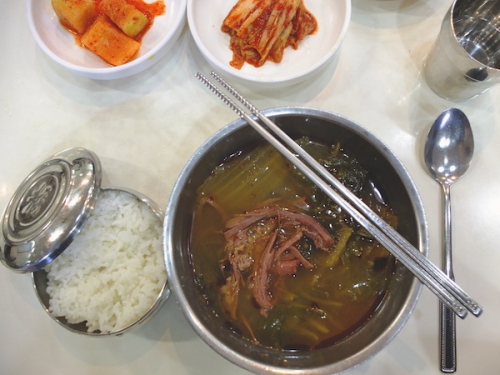 A few weeks ago I went to Seoul for the weekend. To me Seoul is an amazing destination because I love to eat, but in turn I als...