My first visit to Myanmar happened a good ten years back when the country had just opened itself to a limited number of foreigners per year. I went with my family and we did a very organised tour from south to north on a boat. You heard a lot less french being spoken at sight seeing spots, my dad and I being the only fair haired folks in many situations. The thing was, we left our experience believing that Burmese food was a sort of blander version of Thai cooking, and that cashew nut chicken must have been the national dish because we were given it at every stop.

How completely wrong I found this to be on my recent return. This time I went with a friend and we winged a lot of our trip planning until the absolute last minute. In hind sight, this left wonderful space for opportunity throughout our journey. The unplanned randomness, made room for spontaneous moments that become the most memorable. Stopping at very local fresh markets, getting curious looks from vendors, kids following you around like a mini entourage with fingers up their noses, being complemented on the longyi (a long textile that is wrapped around the bust and legs of men and women) you’ve just acquired, making people smile at your lame attempts to speak their language, eating the most flavour rich curries that ooze goodness from hours of cooking, and going into these kitchens to learn from the mamas and grandmamas behind the deliciousness. I learnt a lot from these women. They mimed out scenes, mimicked plants and methods of cooking to pass their tips on to me. I took advantage of their generosity in showing me how to cook and eat their home food in the best way possible.

One thing that strikes me about Burmese cuisine is how much it’s influenced by its neighbours, while being completely unique in identity at the same time. Curries were wonderfully spiced but not chilli-hot like Thai food or Southern Indian. I saw parallels with Thai food in the way chilli pastes were used and eaten, but though a lot of ingredients were similar, the outcome had a very unique character – much more savoury. Masala curry powder and turmeric were key ingredients for curries, unlike back home, meats were slow cooked and falling off the bone when things like goat and beef were used. I saw so many brands of Masala powder hanging like Christmas decorations on shop fronts. Eating lunch became my daily highlight because it was my chance to taste all the different regional dishes and vegetables that were good on that day. As the Chinese do, a clear broth with cooling vegetables like hairy melon and stewed radish were served alongside meals to give your palate a break from the more intensely flavoured dishes. Sitting down to eat, rice was served with sharing dishes, and a plate of curried lentils would be refilled constantly at the table, something that I came familiar with in Indian dining. Fresh vegetables accompany chilli pastes, savoury from dried shrimp, resembling sambal or certain Thai chilli pastes that are probably close-by relatives. I became quite fond of the refreshing sweet burst that you get from sinking your teeth into an onion root. Kinda like biting into a fresh radish to balance its roasted chilli and shrimp paste partner.

I look forward to sharing more Burmese cuisine with you in weeks to come on Tastiest Life Possible. Last week I made a really tasty yellow chicken curry with lemongrass and turmeric. Watch how to make it and give it a try at home, it’s super easy and much delicious. 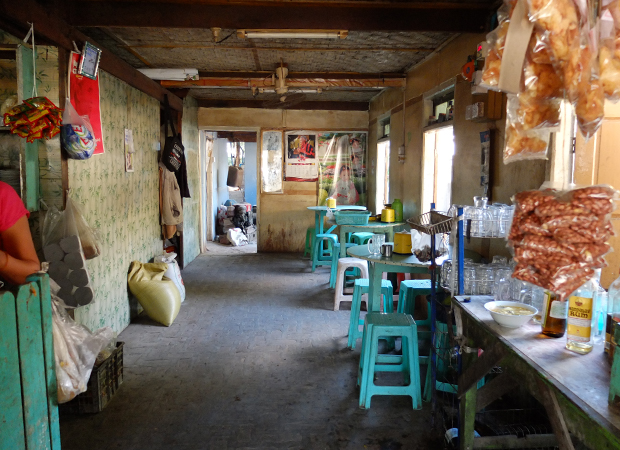 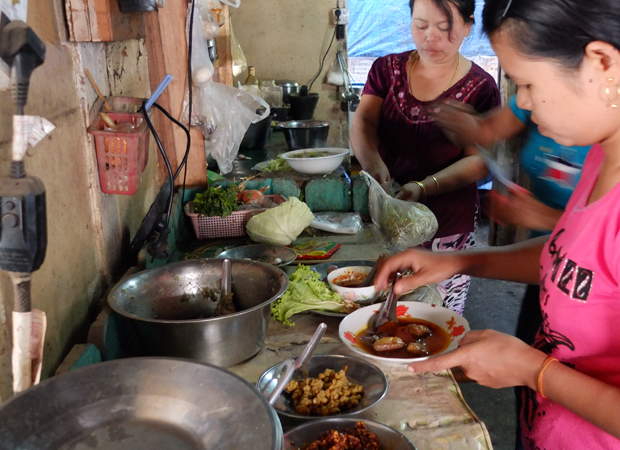 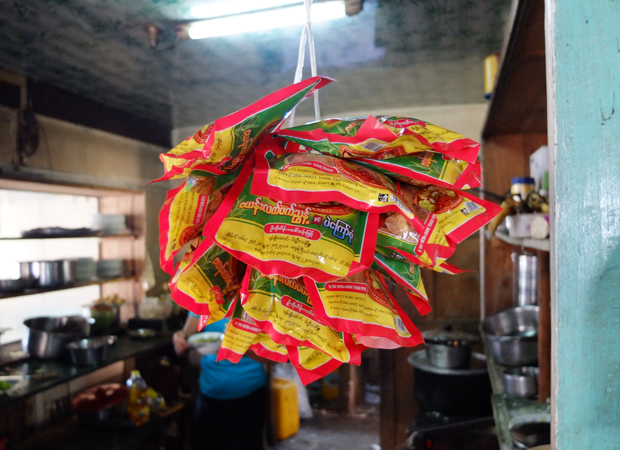 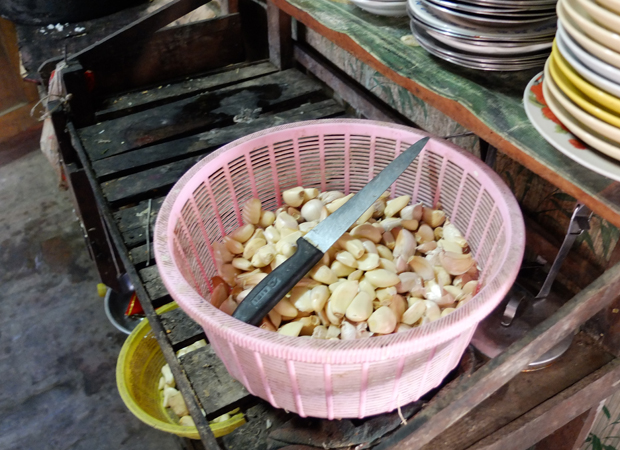 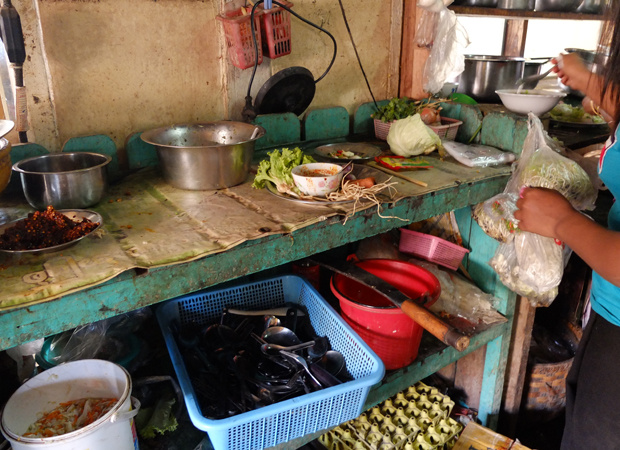 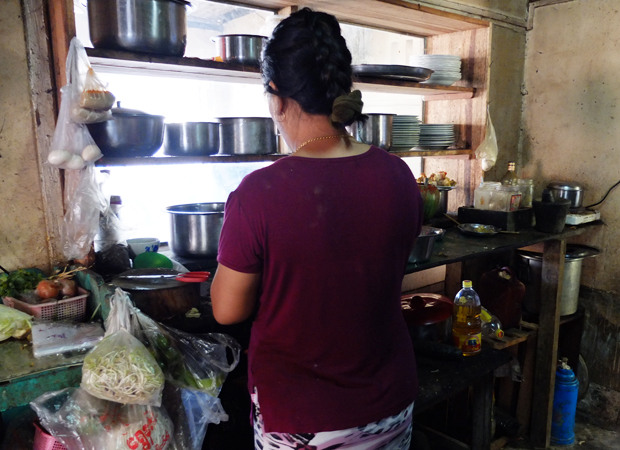 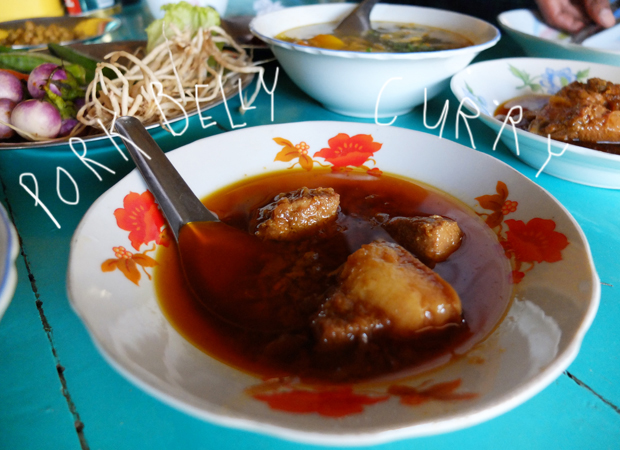 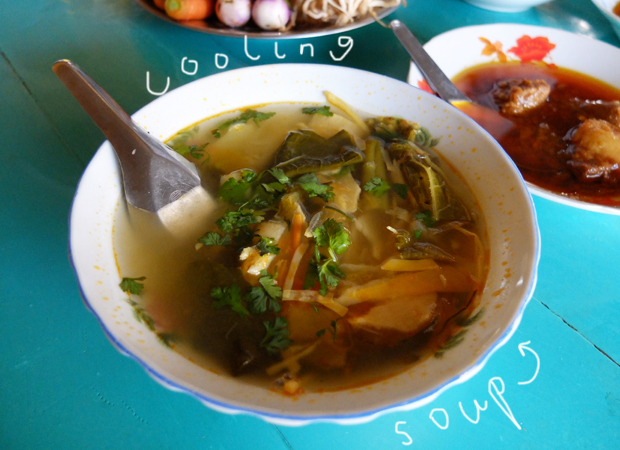 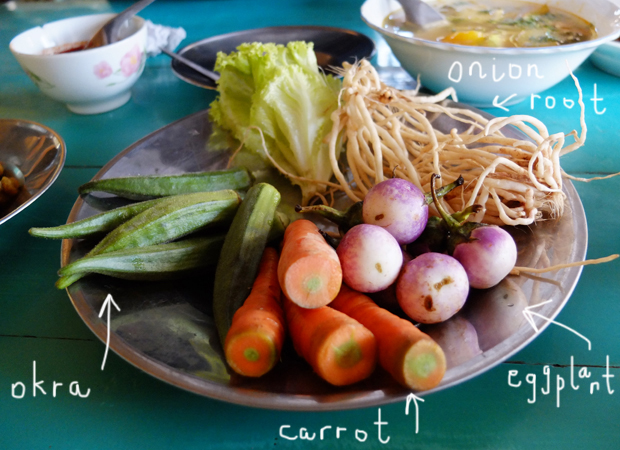 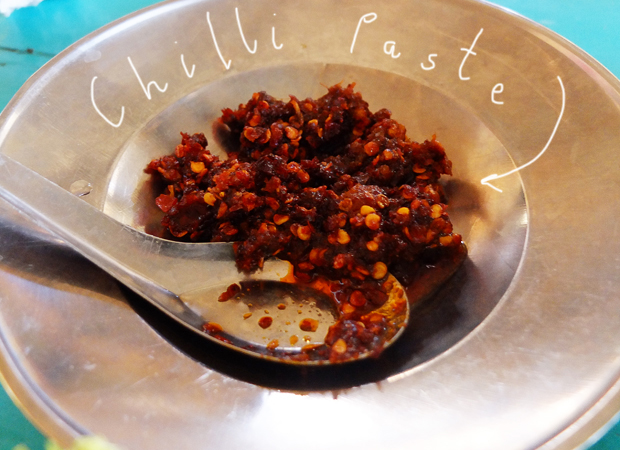 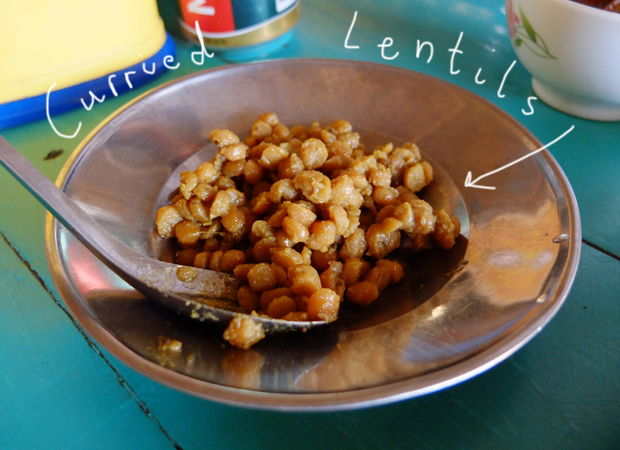 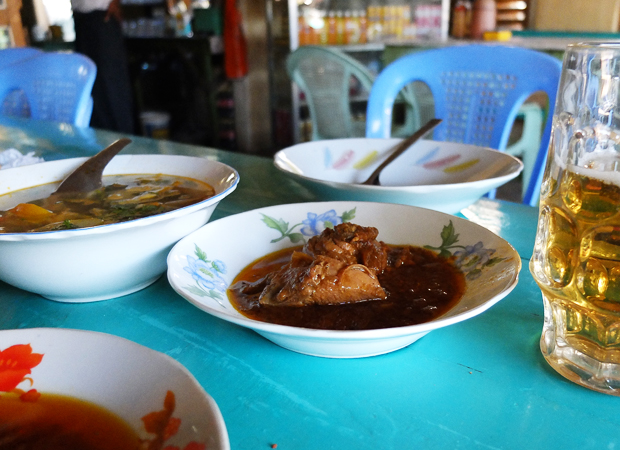 THIS IS HOW YOU MAKE CURRY GOODNESS !
This Sunday I’m pulling out my favourite recipe, my tastiest Burmese chicken curry that I discovered on a trip to Myanmar a couple years back. I watched a curry stall lady prepare this dish out back behind her side of the road curry stall where we communicated with smiles and many animated hand movements. I will always think of her when I have this super tasty stew that is wonderfully mellow from the addition of lemongrass to the turmeric and red onion based curry paste. 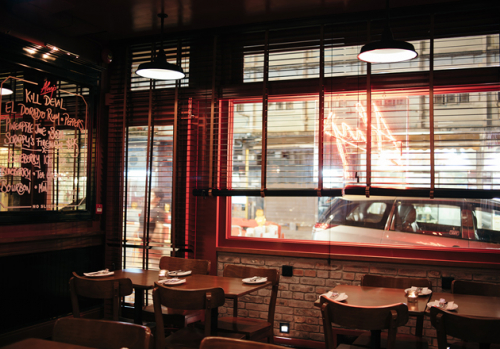 One man’s trash is another’s treasure in the long gone Lap Sap Wan, Rubbish Island, Hong Kong. Big dining groups have opened up a flurry of cloned restaurant concepts in the area since few independent chefs can afford those ambitious rents, while gems like Alvy’s exist just around the corner. Anne Berry tells us about the tastiest pizza crusts on the island.