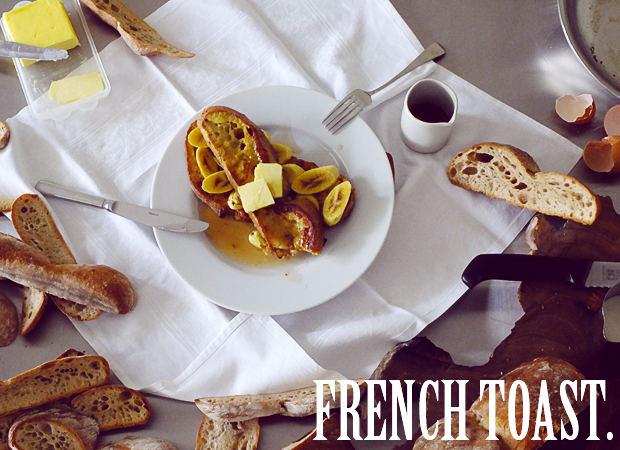 After drowning in a pool of bread off-cuts after my GOODNESS POP-UP sandwich stall this weekend, I had to think on my toes about how I was going to use my cargo load of carbo-surplus. Bread crumbs were crumbed, crispy bits were sprinkled onto pastas, bread pudding was made and sent off to pals, heck even bread-y pesto was made! If you’re interested in the sandwich culprit, you can see the recipe here.

One thing that is very delicious to make out of old bread is a classic French toast. Im not so sure why it’s called French toast because the French don’t take any claim to the breakfast dish, but it IS something that will make a weekend breakfast feel extra luxurious, or a midday morning a little bit special. Who would say no to eggy, custardy, maple syrup-y, goodness? (And to you smarty pants I know… gluten intolerant folk would decline, but you can still make French toast with gluten free bread too).
Et voila! Pain Perdu a la PTJ.

Beat your eggs, vanilla, salt, and honey in a flat bottomed dish, adding the milk gradually until everything is combined. Leave your slice of bread to soak in the egg, flipping it after a minute so that both sides have absorbed your custard mixture really well.

Heat a pan on a medium to high heat, and add a knob of butter to melt before adding your slice of French toast to the pan. Place your second slice into the custard mixture to soak it the same way you did before. After 1-2 mins, flip your slice of French toast, and add your second piece to the pan. You may need to add more butter if the pan is looking dry. Flip your first piece again so that both sides are nice and golden brown. Flip the second piece after a couple of minutes when it’s golden brown too. Slice your banana up into disks and lay them on your cooked French toast.

Turn off the heat and transfer your toast onto a plate, add another knob of butter and drizzle maple syrup over the top. Eat it while it’s nice and hot! 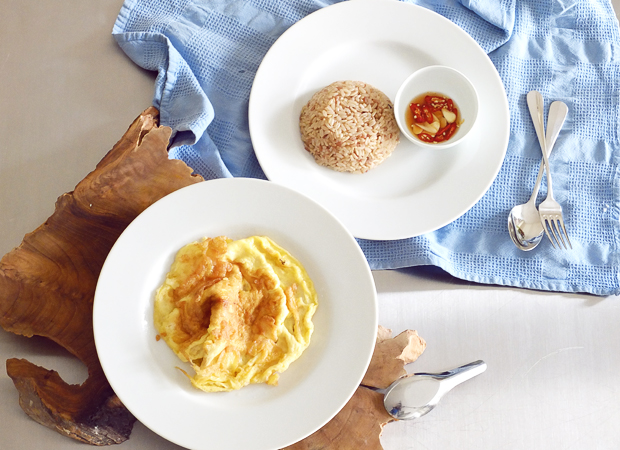 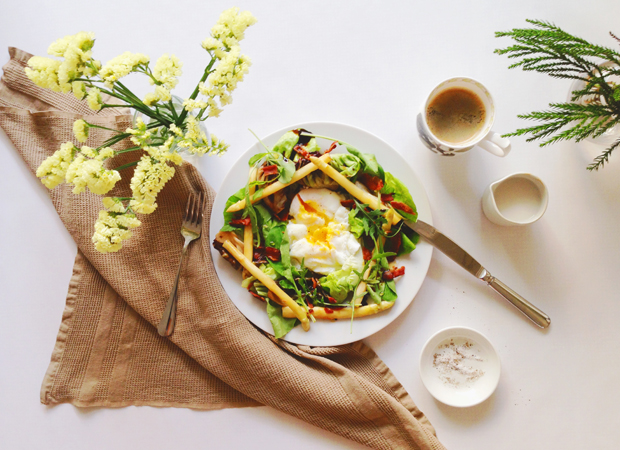 A Recipe for a Good Morning: Start off by brewing a cup of coffee or boiling the kettle for a morning cuppa. Turn on your favo...

This dish is mega fast to make. It’s one of my go-to meals when I’ve had a long day and craving something light and warm withou...