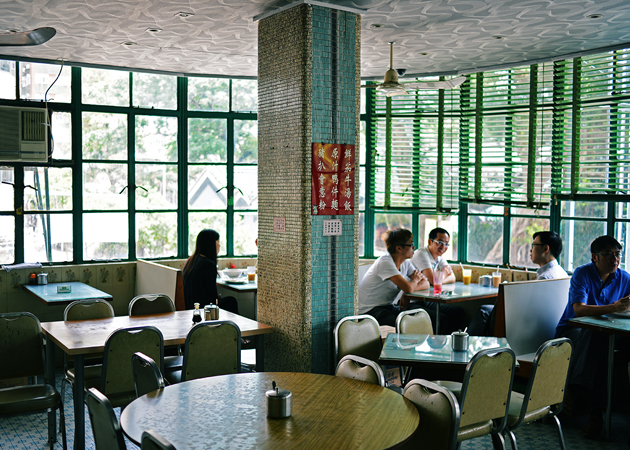 Hong Kong, a powerful sensory punch in the face, is somewhere yo need to visit before you die. Besides the Michelin starred dim sum joints that will have you queuing round the block for a table, and the incredible hikes you can take in the mountainous landscape, it has so much to offer the Ponytail traveller. One of our favourite things to do in any city would be thrifting for old things, a treasure hunt if you want to call it that, and Ponytail correspondant Anne Berry shows us how it’s done in the balmy harbour city…

There’s a general assumption that Hong Kong people simply “don’t do” flea markets, and to some extent that remains true. My Hong Kong-bred grandmother is probably the thriftiest person I know, but will turn up her nose if the garment does not carry the concentrated scent of plastic wrap.

Even so, urban environments are adaptable things, and Hong Kong’s long-standing position as a trading port, accompanied with its insatiable appetite for everything new and shiny, has produced a place ripe for modern day treasure hunting. These are places and spaces for curiosity lovers, sweet talkers, DIY-ers, and history buffs alike. 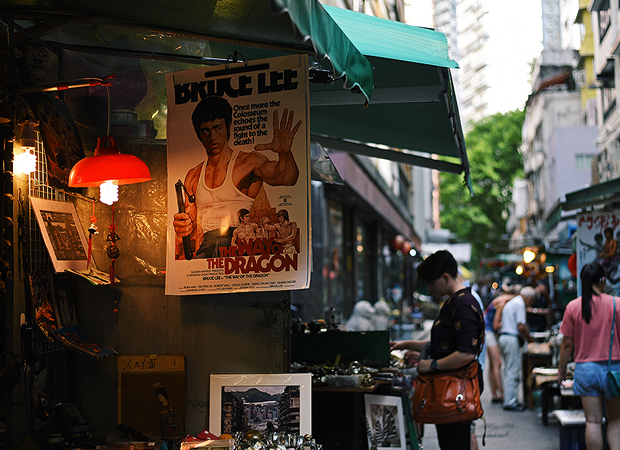 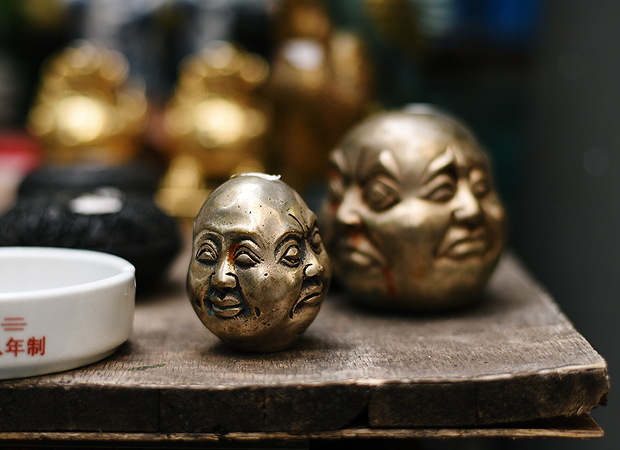 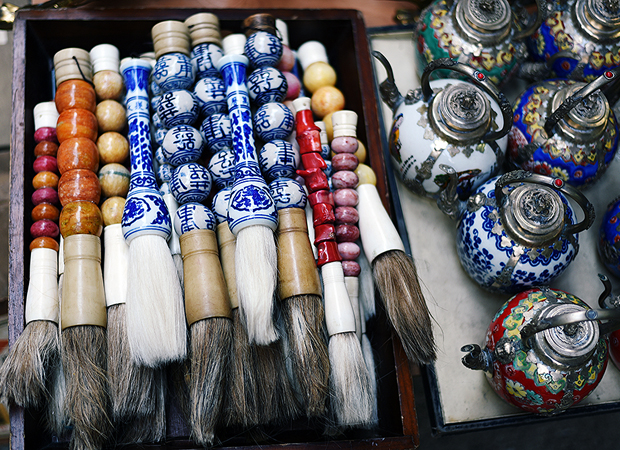 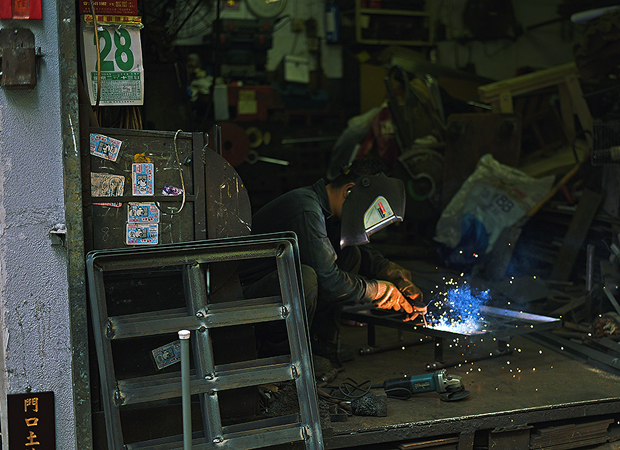 Cat Street derived its name a century ago when the antique stores in the area would sell stolen good from thieves (known as “rats”), with the “cats” as their patrons. Today the area is lined with small stalls selling suspiciously cheap looking antiques, kitschy reprints of communist propaganda, refurbished old Chinese furniture and more. Despite its reputation as a tourist destination, you may still find a few Hong Kongers wandering through and pausing to observe a turquoise ceramic bowl that has caught their eye. Wander up the hill to Teakha (18 Tai Ping Shan St.) afterwards for caramelized lemon iced tea and a freshly baked ginger scone. 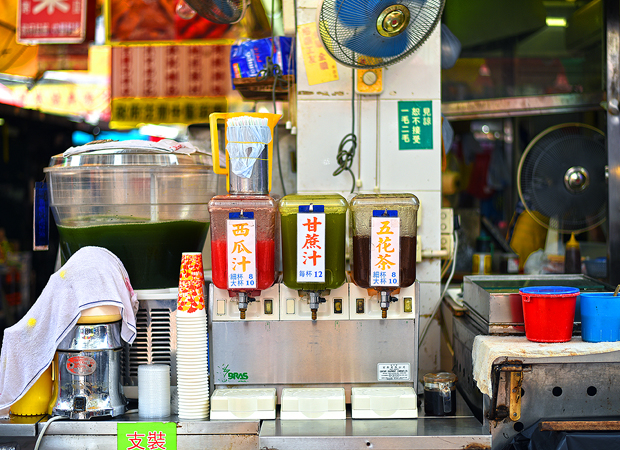 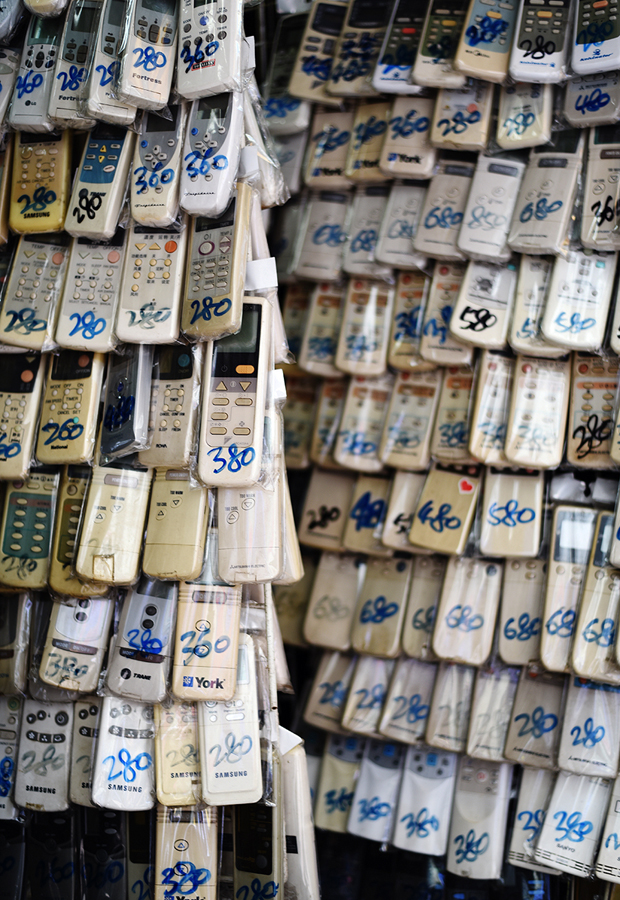 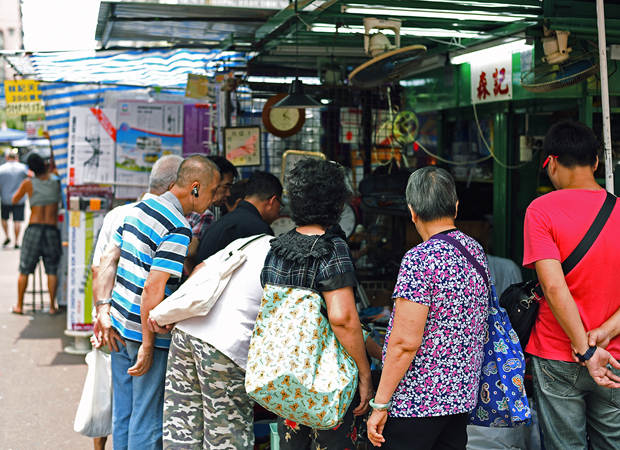 When it comes to treasure hunting there’s a general rule of thumb that the best bargains are often the most difficult to find. Apliu Street is a great example of this: featuring a century of technological advancement in the form of old radios, mobile phones, amplifiers, and cables this flea market could easily pass as a garbage dump in Blade Runner. Nonetheless, and with a keen eye, you might just find antique cameras used by street photographers in the 1940s, an original Gameboy, maybe even that old AC remote you lost a few years ago. This is a nostalgic geek’s paradise, frequented daily by hawk-eyed locals and inquisitive tourists, and occasionally the odd tinkerer on a lookout for spare parts. 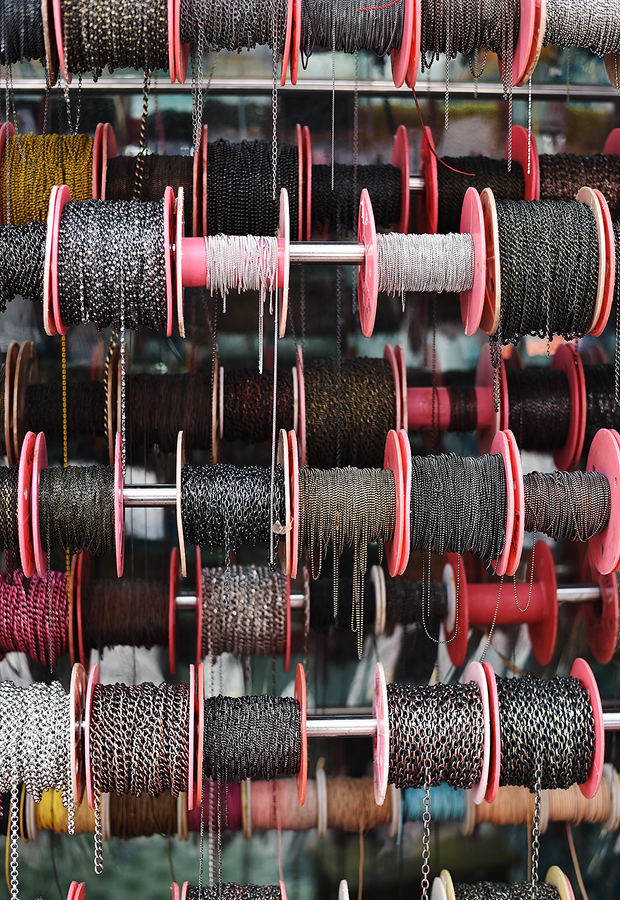 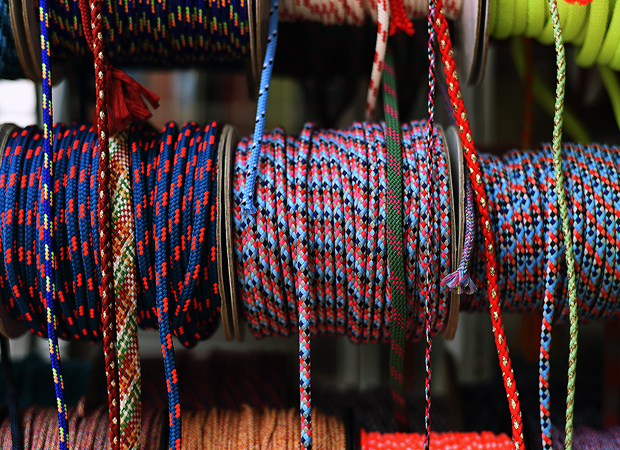 There’s something meditative about taking alone-time to bring out wire-cutters and a bead box on a Sunday afternoon to start threading a bracelet. Casual crafters and local designers are spoiled for choice when gathering supplies in Yu Chau Street, which is composed of rows of small stores selling silk ribbons, wholesale fabrics, and every bead under the sun. Tip: bring a pair of sturdy shoes and a water container. 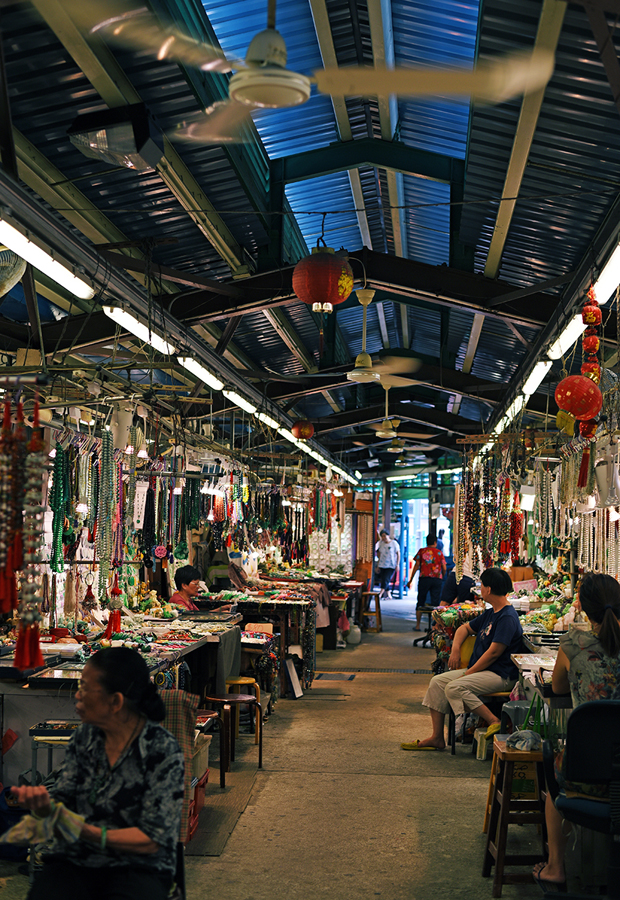 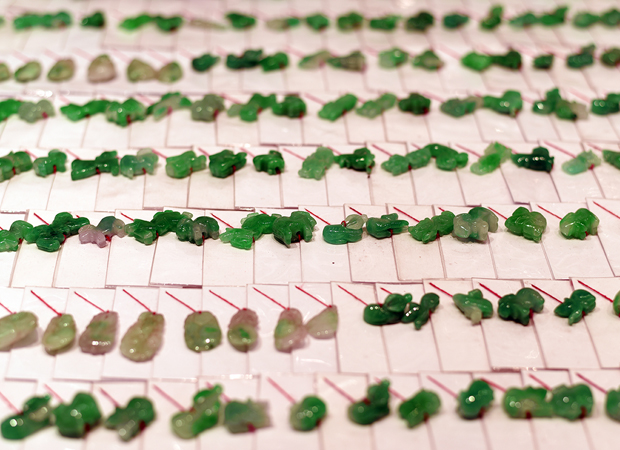 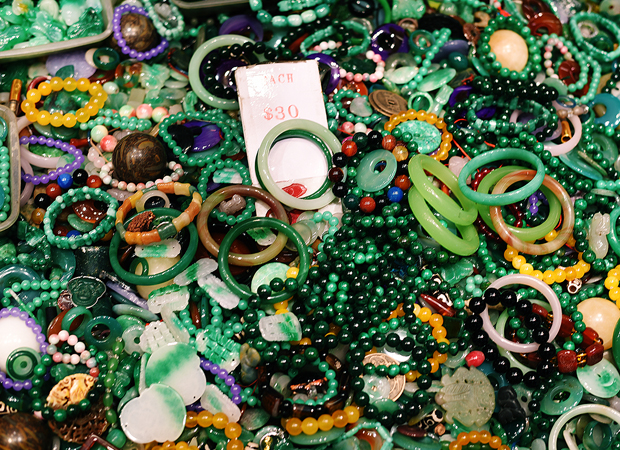 **Know your Nephrite from your Jadeite **at the Jade Market, Battery St., Yau Ma Tei.

Although local tastes in fashion have shifted over the past millennium, the mystical qualities of jade still draw in a selection of curious onlookers and resident traditionalists. The Jade Market features over one-hundred stalls, displaying mounds of jade, freshwater pearls, and semi-precious stones. Be wary of fakes and bargain like your jade depends on it. Stop by the old-school Mido Café (63 Temple Street) afterwards to try their buttery pineapple buns and iced milk tea. 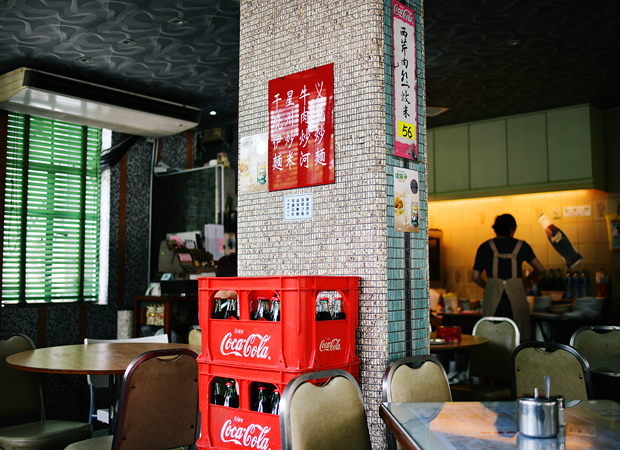 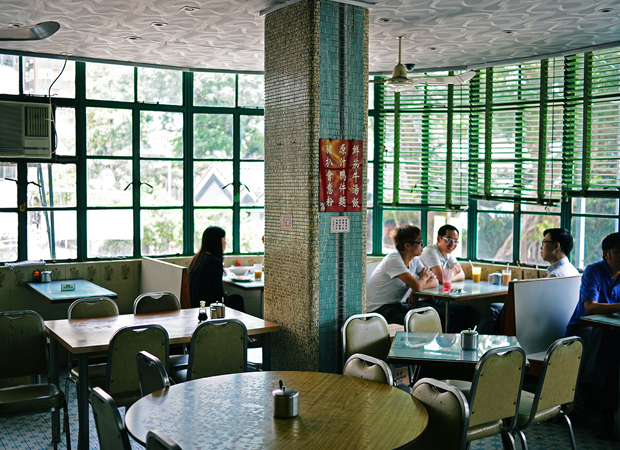 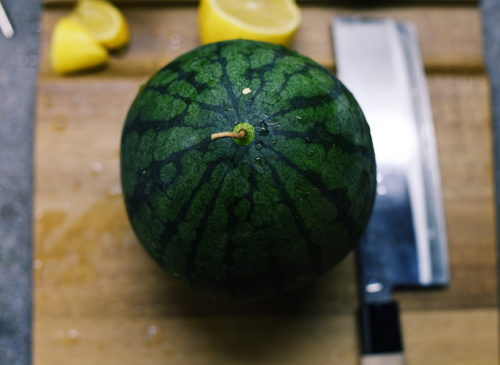 Supermarkets can be awfully uninspiring places for those in search of good food. The whole concept of goodness is watered down under blinking fluorescent lights, and inside flimsy plastic boxes. It’s not just the image of our industrial foodscape, but the reality of it. Anne Berry explores

At Ponytail Journal we sometimes get the chance to cross paths with people who are so impassioned by their work that we are, in turn, compelled to take a snapshot. It was clear after meeting Mark Cho and Alan See, co-founders of The Armoury, that we had to take that snapshot not only of this enchanting world of menswear they have helped build upon, but the story behind it. 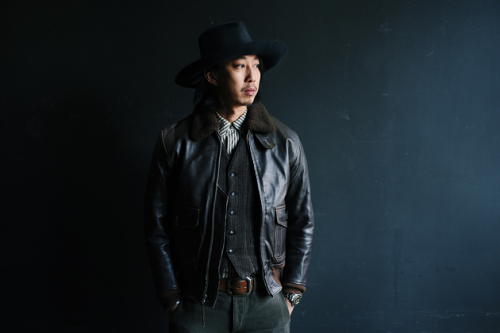 Kenji Wong’s work breathes life in Hong Kong’s unique culture through his various creative projects and intricately designed apparel and today we’ll be picking at Kenji’s brain for a little peek at what makes him tick.